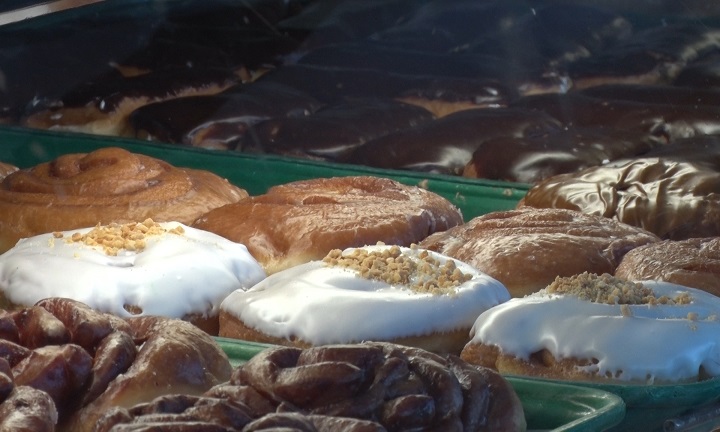 MARQUETTE COUNTY — The first Friday in June is considered one of the sweetest days of the year, and that is because today is national donut day. Here in the U.P., one local bakery has been preparing for the festivities since late last night.

Huron Mountain Bakery, located in Marquette County, has been hard at work in anticipation of today’s holiday. National Donut Day originated in 1938 through the Chicago Salvation Army.

The Holiday was meant to celebrate the contributions of volunteers during the First World War; as well as raise money for The Great Depression. Today we celebrate by chowing down on some tasty treats.

“It’s going great… Like every year. So, we go through about three thousand five hundred donuts today between our two locations, and they’ll be gone by mid-afternoon,” said Joe Heck, manager at Huron Bakery.

The bakery celebrates another Doughnut day in November, now the only difference is that its spelled a little differently. But you still get to have another reason to eat another doughnut.

The man behind Joe’s Cakes

Cake maker on the move