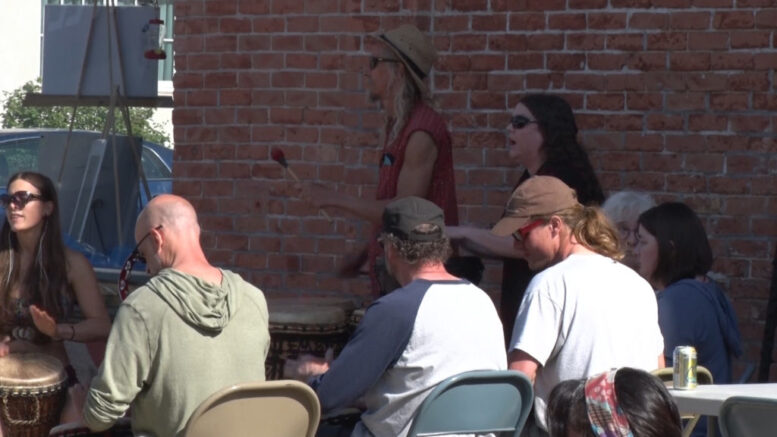 MARQUETTE — The sound of drums filled 3rd and Ohio streets in Marquette earlier today, during a fundraiser for a mural hoping to be painted on a building there.

People of all ages came for various activities, to raise funds to make a mural meaningful to Marquette.

“The idea is that it brings a lot of tourism, and also promotes the arts in the area,” said Sabrina Langdon, Vice President of the Marquette Artist Collective. “If you go to any other bigger city, there are murals all over. So we wanted to be able to have that same kind of artist vibe here, because Marquette has such a great art community, and being able to bring that publicly would be great for the area.”

The mural would be included into an ongoing project called the Power of Words Project, which was started by UP native artist, Mia Tavonatti.

Each city votes on a single word that they think best represents their city, and that word is then painted into a mural.

This project has already painted 6 murals across the state, with the hopes to paint more, and then create a tour of all of the murals.

To find out more about the Power of Words Project, visit their website at PowerOfWordsProject.org