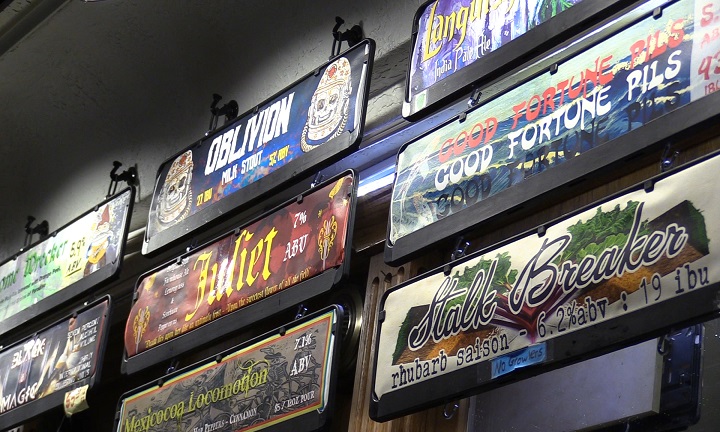 ISHPEMING — If you are a connoisseur of craft beer, and are looking for a reason to go out tonight… Well it is International Beer day.

“International Beer Day is just a worldwide day for people to get together with their friends and hang out and enjoy beer,” said Head Brewer at Cognition, Brian Richards. It is also a good day to give a nod to the people that pour your pints and brew your beer.”

The Upper Peninsula has been a great spot for the growing of the craft beer industry.
It has gotten so big that it has been adopted into the culture of the U.P.

“We have kind of developed are our own beer culture and a lot of it comes from all over the world,” added Richards. “You know we appreciate beer styles that have been developed elsewhere and we have put our creative twist on beer here in the United States. It is kind of a fun thing to get out and enjoy with their friends.”

This process of crafting beer with exotic ingredients is a time consuming and creative process especially when creating different flavors.
Although, many don’t know the time it takes to make some of these specialty beers. So Brian how long does it take to usually brew a new batch?

“Usually a couple of weeks, it depends because some beer styles take long than others,” replied Richards. “Especially if you are going to do like barrel aging can take quite a while.”

But the question is how do you come up with these unique brews?

“Here at Cognition we get inspired by just about anything,” replied Richards. “Listening to music and going out to a restaurant and trying a food that might have some cool flavor combinations, then maybe trying to create a beer off of that. Really there are so many different things that can inspire a beer recipe. It is just like cooking in your kitchen. You know how certain things taste and sometimes you just… An idea pops in your head and you are like I want to try something like that. You kind of just get creative with it and have fun with it.”

Not only is crafting beer a process, but it is an art and today is a great day to go out and support your local brewers.

Barleys Angels comes to the U.P.