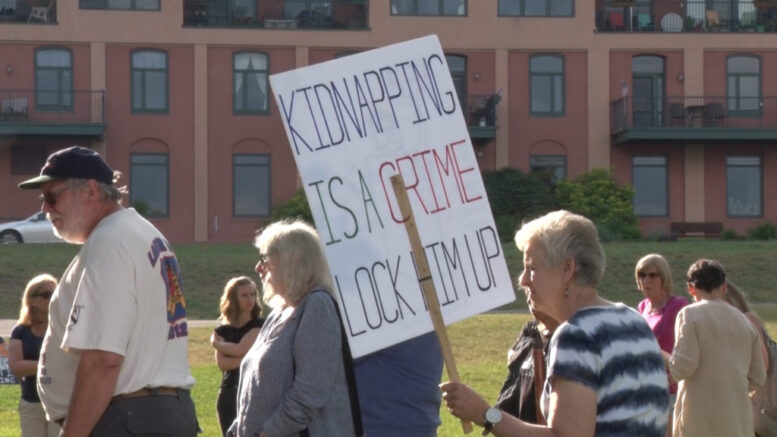 MARQUETTE — One of the biggest hot–button issues currently is the debate over the detention centers along the US–Mexico border. Today, that debate came to Marquette.

People gathered for the Lights for Liberty protest at Mattson Lower Harbor earlier tonight, which called for reform of the detention centers that are housing asylum–seeking migrants.

“These are not people that are directly involved,” said Marge Forslin, one of the event organizers. “They probably don’t have family members that are going to be picked up by ICE, but we care. We’re privileged, and we need to speak up and tell our government ‘no, don’t do it this way, not in our name.'”

The Lights for Liberty had protests happening all around the country tonight, with all of them following the same focus.

The protest in Marquette had several speakers, along with music to help push their message.

At sundown, they held a lighting vigil for all of the migrant families.

Where to be for 4th of July fireworks