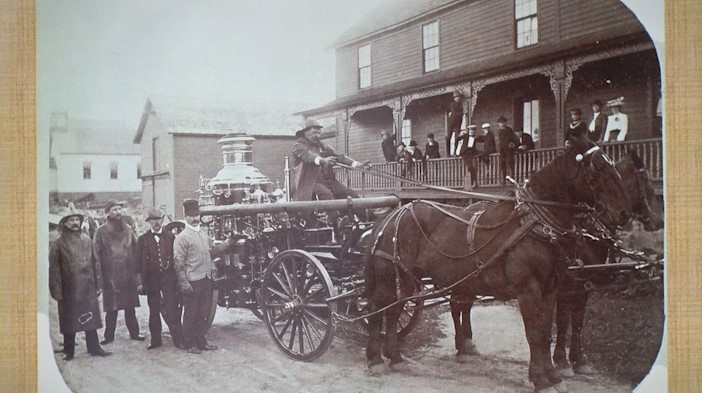 MARQUETTE — The Marquette Regional History Museum held an event Wednesday evening to showcase a local story that sounds like it’s straight out of Hollywood. In 1900, the Michigamme fire department bought a horse-drawn, steam powered fire engine to use around the town, but by 1962 the engine was obsolete and was eventually sold.

Bill Van Kosky told the story of how they eventually found where the steamer was around the year 2000 thanks to the internet. After finding the location, the Michigamme crew working on getting back were able to see it, but due to legal reasons tying up an estate, were able to buy it back at that time.

“And I just thought that the odds were so fantastic, that the odds were so against the Michigamme Folks of ever getting that steamer back, that it wasn’t going to happen,” said Van Kosky. “Then when it did happen, that was even more remarkable. So the story is full of remarkable incidents, and heroic I think is not too much of a stretch, people became involved in this to get the job done.”

“Go to Michigamme, and ask anyone you see ‘Where is the steamer?'” said Van Kosky. “And not a single one of them will say ‘what steamer?'”

Saturday's archaeology fair to explore the past