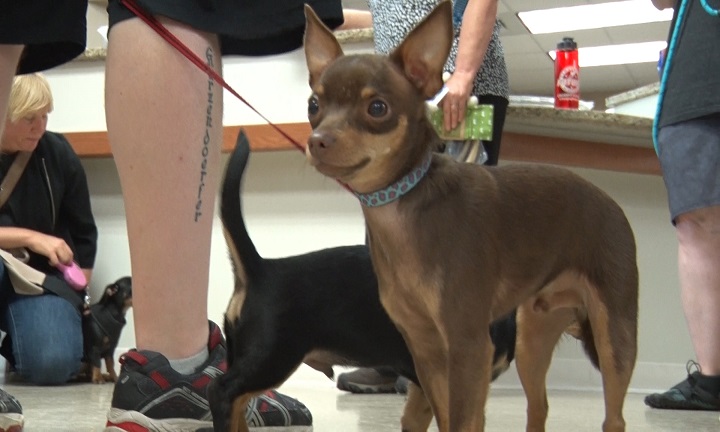 ESCANABA — On March 22nd, 2018 the Delta Animal Shelter was called into rescue several animals in a household and it ended up being 44 dogs in need of help.

These dogs were all rescued and rehabilitated from March 22nd all the way to the end of July. They now have been all adopted and are coming back to the shelter today for a little reunion.
Not only was it a great chance for all the dogs to get reacquainted with their siblings and mother, but it also helped the community grow a little closer as well.

“This was a wonderful thing because it brought together this community,” said Executive Director of Delta Animal Shelter, Susan Gartland. “We had… it ended up being 54 adopters, because some of the moms were pregnant and gave birth. So, 54 dogs were saved by this community.”

The Delta Animal Shelter is very thankful for all the help the community was able to offer.

Room at the Inn debuts Warming Center in Marquette