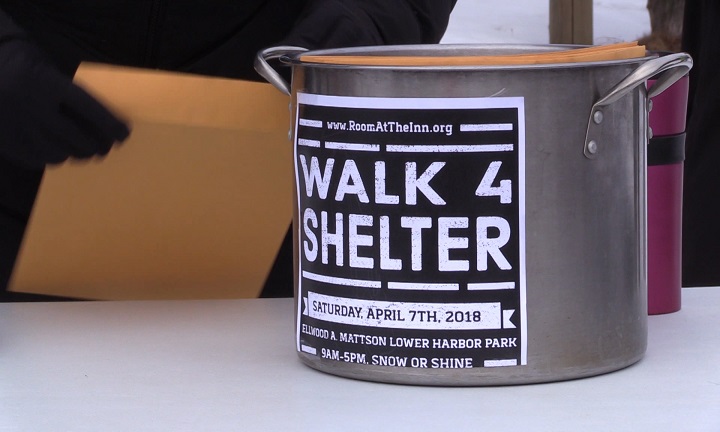 MARQUETTE — An event hosted this weekend in Marquette was bringing awareness and asking for support within the community.

The Room at the Inn hosted an event through the help of an old resident who wanted to make a difference in the community.

The event was trying to raise money and bring awareness to homelessness during the colder months.

“This event was started by Francis McDonald, who is a friend of mine and a person who has experienced homelessness a lot,” said Mary Jane Lynch. “He has used the Room at the Inn over the years and has been doing really well now. Now he wants to give back to society and to Room at the Inn in particular.”

After he got back on his feet he wanted to give back to the community that helped him. In his response, he helped start this charitable event in downtown Marquette, where people can walk for supporting the homeless and raise money for a summer shelter.

“I want to give back to what was given to me,” said Francis McDonald. “They helped me so much and with being homeless you become a family and you take care of your family.”

Not only does he want to help the homeless, but he also wants to bring the community together and help it become stronger.

“Being kind, say hi to someone every day,” said McDonald. “I do two things every single day: I meet someone new and I put a smile on someone’s face. I try this every single day and if everyone could do that it would be such a better community. This is what Marquette is, a nice big community.”

This event was the first of its kind, but hopefully will return in the future.