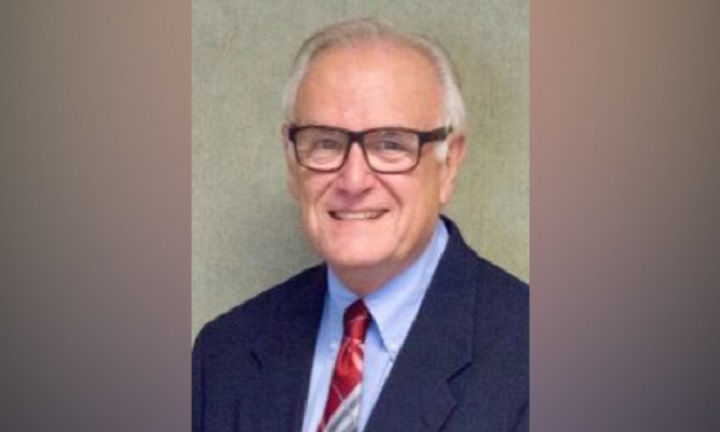 MARQUETTE — As news of Mayor Tom Baldini’s death spread, many were quick to share what he meant to their personal lives. From teacher to mentor to family member to mayor, it seems as if there are few people that Baldini did not work with in his 74 years.

State Representatives Scott Dianda and Sara Cambensy and U.S. Senators Gary Peters and Debbie Stabenow (read their full statements below) spoke highly of the late Mayor. The public he served and his colleagues also spoke to his character and achievements.

“He knew everybody in town and he was on so many boards and committees and he was a guy that did all of the work on them,” said Mayor Pro-Tem Dave Campana. “His involvement was all day long, every day. There aren’t that many people that come along in a lifetime that are like him. He was that special.”

Baldini was elected as the Mayor of Marquette last month. He was vocal about how he wanted to see the city flourish and prosper, and he was very proud to call Marquette home.

“He was our mayor. He was our leader. He was just starting his term as mayor and we were looking forward to our leadership. He’s a person that we’re really going to miss,” said Campana.

For now, Campana will act as mayor, but an election for mayor or mayor pro-tem may happen in the future. The now-vacant seat on the City Commission will also have to be filled. The commissioners, the city manager and the city attorney will meet to figure out how to fill the vacancy.

“It comes with a heavy heart to learn from media outlets about the passing of my dear friend, Mayor Tom Baldini. Tom was a remarkable public servant, mentor and personal friend who lived up to the ideal of serving the greater good of the Upper Peninsula. He was a transformational leader and I will cherish the memories of working with him as State Representative for the 110th House District. My prayers are with his family during this difficult time.”

“It is with a heavy heart that our office has learned of the passing of Marquette Mayor Tom Baldini today. He was a pioneer in Marquette politics, working as the U.P. Representative for Governor Blanchard, political advisor for Congressman Bart Stupak, and appointed chairman for the prestigious International Joint Commission under President Clinton, among many, many other positions throughout his career. He was also a beloved history teacher at Marquette Senior High School, where everywhere he went people noted that ‘Mr. Baldini was my government teacher!’……and oftentimes adding ‘their favorite teacher.’

Jason, Mary and I all got the opportunity to work with Tom through the Marquette County Democratic Party, reporting for the Mining Journal and as a fellow Marquette city commissioner. While we are still in shock, and though all of us had many more conversations we were supposed to have with Tom in the near future, we ask that you keep him and his family in your thoughts and prayers at this time. This is a huge loss for not only our local communities, but also for our entire region and state. His legacy and enormous impact on politics will forever be remembered.”

“Tom Baldini has been an icon in Michigan Democratic politics and the ultimate champion for our UP. His life epitomized the meaning of public service. He was a mentor to so many over the years, and I always valued his friendship and advice. Although his passing leaves a big void, his legacy is a lasting reminder to all of us of what it means to serve. My thoughts and prayers are with Tom’s family at this very difficult time.”

“I was shocked and saddened to learn of Tom’s death, and Colleen and I extend our deepest condolences to his family and friends. From his time in the classroom to service in Governor Blanchard’s Administration and his recent election as Mayor of Marquette, Tom Baldini has been a pillar of the Upper Peninsula for decades, and his passion for Marquette and the U.P. were evident in all that he did. Like so many, I regularly sought out Tom’s advice and counsel, and I cherished our friendship. With his passing, the entire State of Michigan lost a true public servant.”

Statement from the Michigan Democratic Party on the passing of Marquette’s Mayor Tom Baldini:

“We are deeply saddened by the sudden passing of Mayor Tom Baldini. Tom cared deeply about Marquette, his friends and neighbors in the U.P., and the entire state of Michigan. He dedicated his career to public service and spent his life giving back and fighting for a better Michigan for everyone. Our thoughts, prayers, and deepest condolences go out to Tom’s family, friends, colleagues, and the people of Marquette. Tom Baldini will be greatly missed, but his work and the example he set as a public servant will continue to make a difference for years to come.”