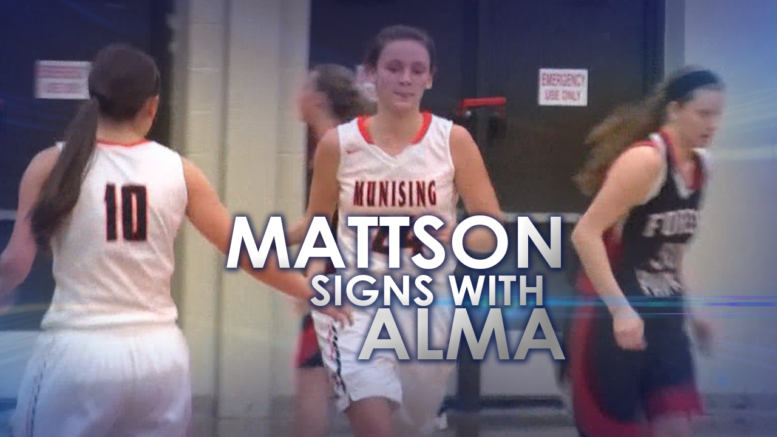 Mattson was one of the top players in the U.P. as she led Munising to its first undefeated regular season ever, averaging just under 19 points and 12 rebounds per game. Her play earned her a spot on the UPSSA Dream Team as well. She talked about what improvements she can make to her game and what it means to be continuing her athletic career.

“I will definitely be working on my ball-handling skills. Not saying I don’t have any, but being a post player, I didn’t use it that often. So I’ll definitely be doing that this summer, and my outside shooting. I’m just really excited and I feel blessed to have the opportunity. When I finally decided I wanted to play, I thought about it gives me four more years to play the sport that I love, so I might as well do it,” Mattson said.

Mattson will be majoring in secondary education for mathematics.