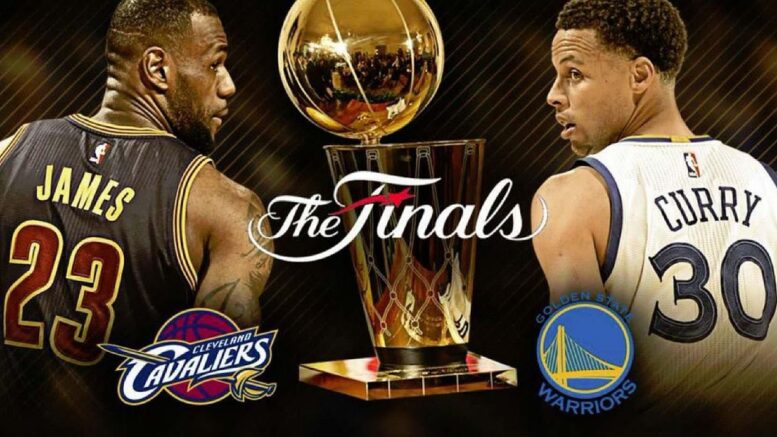 Golden State Warriors and Cleveland Cavaliers are set to face off in the NBA Finals for the third year in a row. The NBA Finals start June 1st on ABC 10.

Try as it might to encourage parity among its 30 teams, the NBA will showcase the Golden State Warriors and Cleveland Cavaliers for the third consecutive spring when the Finals tip off on Thursday night (ABC, 9 p.m. ET) — and the league couldn’t possibly do any better.

Every once in a while, a rivalry teases us with potential long-term appeal, but it rarely develops the inertia required to cast itself over the game over the course of several years. Cleveland and Golden State have no such issues. Their rosters each feature a collection of players squarely in the prime of their careers. Each has taken a title from the other, and each wants to stake its claim as the defining team of its time.

Yet the Warriors-Cavs rivalry carries even more than a ring count: It’s a battle over the outward identity of the NBA at one of the league’s most ascendant moments. With the retirement of Kobe Bryant in 2016, LeBron James and Stephen Curry remain as the league’s two breakthrough stars and the two players that get business execs around the league downright giddy about the balance sheet when they pass through town. Another Finals matchup offers yet another round in a battle for the NBA’s supreme individual identity — and winning means everything.

In 2015, following the Warriors’ title, 15.9 percent of NBA fans named Steph their favorite player, with 11.7 percent identifying with LeBron, according to ESPN fan research. One year later, after the Cavs’ comeback series win, the numbers flipped — 15.6 percent for LeBron, 12.3 percent for Steph. In the NBA, which is fueled by personalities, a fan’s relationship with a star is a bit more fluid and conditional than in other sports. Many an NBA fan demands a brilliant individual performance that delivers a W before committing. A win for Steph and those fan sentiments are likely to flip again.

In Oakland, Kevin Durant has found an office with the right compression level, but Warriors 1.0 loyalists still need reassurance. Durant is the league’s most prolific pin-down artist, but he also is a lethal creator who needs the ball in his hands more than a Dubs’ offense usually accommodates. As well as he has sublimated those habits this season in deference to the existing style in Oakland, will those needs disrupt a Warriors’ offense that was nearly perfect prior to his arrival at the biggest moments?

After being sidelined during the previous championship matchup with the Warriors, Kyrie Irving assembled a scintillating 2016 Finals. An equivalent output this June and he’ll solidify himself as one of his generation’s better big-game performers — a shot-maker who loses nothing in the spotlight of the biggest stage.

Draymond Green’s suspension might not have lost the Warriors the title one year ago, but bad behavior at the worst juncture demands a level of poise this time around that will test his best and worst instincts as a leader/irritant.

And before the Cavs even formally advanced, Warriors owner Joe Lacob squawked that Golden State was “the better team” last season in losing and has “unfinished business.”

There’s a reason a compelling season of a prestige TV drama demands another season. More episodes means more time to watch characters navigate situations, more time for narrow character windows to grow a little bigger, more time for bizarre plot turns and more time for storylines to pivot yet again. The league still clings to the idea that competitive balance is virtuous, but the Warriors and Cavs are a pair of superteams with far too much intrigue to resist.

Celebrities gear up for golf tournament with help of PGA professionals