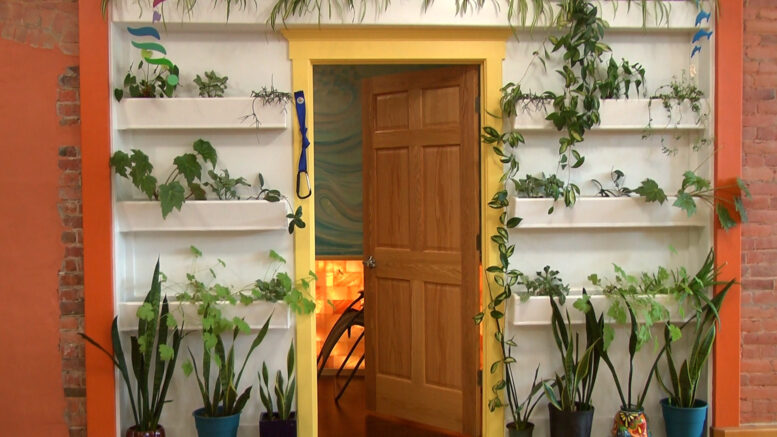 MARQUETTE — A new collaborative wellness and play center held its soft opened on July 10 in Marquette.

BeWell Marquette is located on North Third Street Downtown. The center offers a variety of services, including light and sound therapy, dance classes, meditation, physical therapy, and much more.

An especially unique feature of BeWell Marquette is that it’s the only place in the UP with a salt room. The room helps with respiratory or skin issues by releasing micro particles of salt into the air.

Co–owner Kate Lewandowski says that with everything going on in the world lately, it’s especially important for people to be mindful of their physical and mental wellbeing.

“Honestly, there’s a lot of suffering going on right now,” said Lewandowski, “and I think everybody could use a little boost in their mental and physical wellbeing. And we feel like it doesn’t have to be that complicated. So most of what we’re nourishing and nurturing is our nervous systems, and that can be nurtured through activity. Sometimes it’s vigorous activity; sometimes it’s calming activity. But either way, there are a lot of different options in that we can actually feel better.”

BeWell Marquette’s grand opening will be held on September 5, and an even wider range of classes will be offered then.

Lewandowski says later this summer they will also be opening an organic juice bar next door, called BeWell Elixirs.

To learn more about BeWell Marquette, visit their Facebook page.