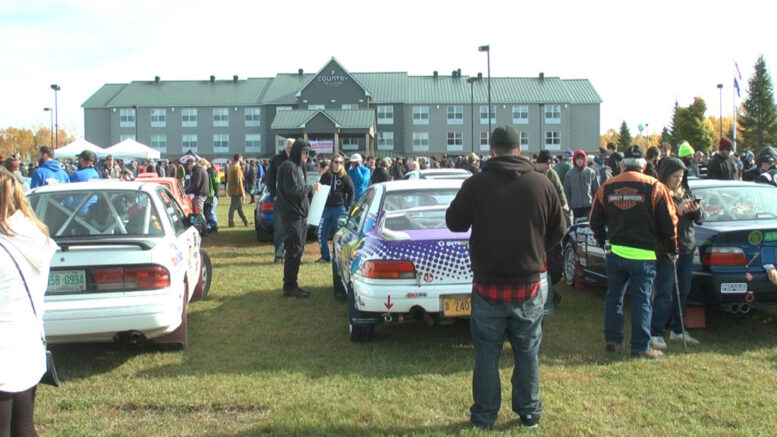 HOUGHTON — The streets of Houghton were filled with racing cars today. They’re getting ready for the big Lake Superior Performance Rally. The front lawn of the Country Inn and suites is filled with racers from all over the world gearing up for the annual rally, which dates back 70 years.

This weekend kicks off the estimated 300 mile race that snakes all over the U.P. Houghton business owner Matt Huuki and his family know about the race they enter every year.

Huuki says, “ It is so much fun. It’s a two person event. I am the driver. My daughter Adeline co-drives for me.”

They’ll be driving this souped up Subaru this year and spent the day like most of the other driver, putting the last minute touches on their ride. It’s a two person event, one driver, and a co-driver who maps out the route. The Huuki family has been racing for 15 years.

It’s a two day race that includes half hour to forty-five minute brakes. Drivers say it’s important to have good tires because your racing on both paved and gravel roads. One year they raced through six inches of snow. Purely for sport. There is no big monetary prize, but entering can be expensive. Drivers pay from five thousand to hundreds of thousands of dollars to get cars ready.