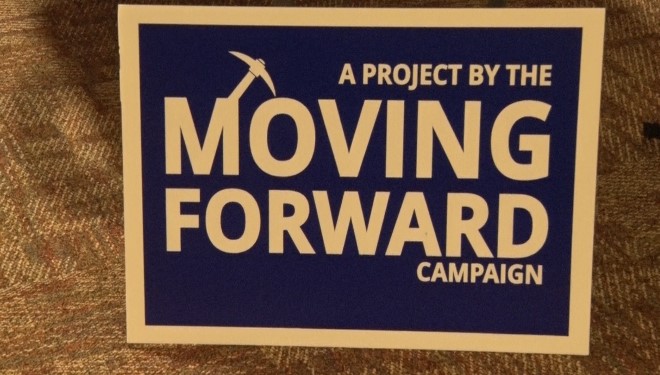 NEGAUNEE — The City of Negaunee held an informational meeting in the Negaunee High School Auditorium Wednesday evening, to give a progress update on their Moving Forward Campaign, as well as what residents should expect in the future. Moving Forward is the Economic Development Strategic plan that the city adopted last year to help map out different initiatives that the city could put forth to improve the city.

The city’s partners, the Lake Superior Community Partnership, the Michigan Economic Development Corporation, and the Central U.P. Planning and Development Regional Commission, all presented different aspects of the economic advances being made throughout the city.

Residents at the presentation were also given an update on the ongoing infrastructure projects around the city, and were given an in–depth look at issues yet to be tackled that could potentially be impacting their own neighborhoods.

“I think folks were interested in a lot of things,” said Negaunee City Manager Nate Heffron. “Things that stick out probably mostly for them is how we’re moving forward economically, and then probably how things relate to the state of the city’s infrastructure, specifically sidewalks and streets in the community. We highlight a lot on our streets, indicating how we intend on tackling that battle.”

Multiple residents asked about infrastructure problems close to where they live and why they may not be being fixed as quickly as other areas, but the city said that every project has to be assessed and planned out to make better use of the city’s money.

“It’s my policy and it’s also the city’s policy that if, for example, we’re going to pave a street, we’re going to look at all of the infrastructure that’s associated with that,” said Heffron. “So if there’s a sewer line or a water line under that, we want to know if we should be replacing that at the same time rather than come in 2 years or 3 years down the line, and have to replace something and rip up that pavement and then pay for the pavement again. And that includes sidewalks, and includes anything with electrical, we want to look at the whole thing at the same time rather than do a piecemeal approach.”

Heffron also noted that there are still several roads around the city that will be paved this fall, and those should be completed in a couple of weeks.

For more information on the Moving Forward campaign, click here.

City of Negaunee to begin rental property inspections in March

Cliffs mine tours are returning Tuesday