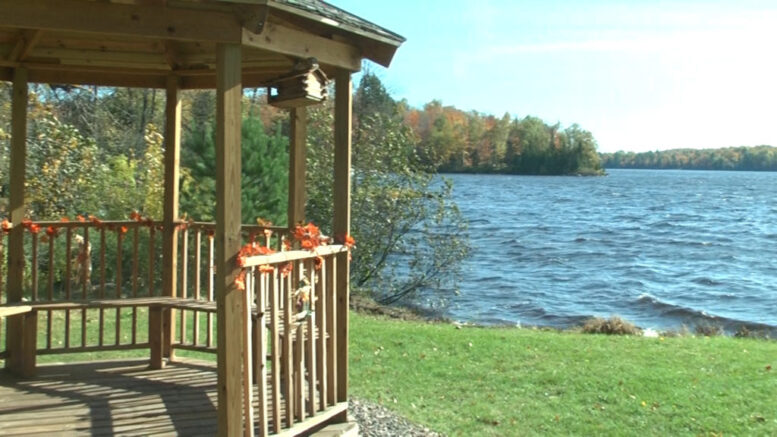 MICHIGAMME — The potential sale of a favorite spot among residents in Michigamme is in the focus of a dispute between the community and the township board.

Pocket Park has been a favorite spot in the town for years. So when news hit the community that the park might be sold, they decided to push back.

Pocket Park, as the location is unofficially known, is a beloved part of Michigamme for the local community. However, one resident has requested to purchase the park. That resident purchased a piece of adjoined property, one he believes to have been abandoned.

“He approached the township board to possibly buy the land so he would have lake front property to dock his boat on Lake Michigamme for the summer season,” said William Seppanen, Supervisor of Michigamme Township. “So I proposed this to the township board and we are investigating to see if the land can even be sold or abandoned, because I think on the plot map it’s part of Lake Street.”

The township board has yet to complete their investigation, but a group of concerned citizens in Michigamme isn’t taking any chances. That group, called Save Our Pocket Park, has filled the nearby streets with signs and flyers, calling on the board to keep the park a public area.

One member of Save Our Pocket Park, Jerry Roach, says they’ve received a great response so far. They have collected over 80 signatures protesting the private sale of Pocket Park.

Roach and other members of Save Our Pocket Park say their fight is about more than keeping their favorite hangout public however. For them, it’s about preserving this very special place for their children and grandchildren.

“Once people became aware that this was going to be gone, we had a huge public response,” said Jerry Roach, member of Save Our Pocket Park. “And it’s not just for us, it’s for the future. We’re hoping that we can resolve this issue in a way that preserves the park for future generations.”

The next Michigamme Township board meeting is on the 14th of October. Save Our Pocket Park plans to attend the meeting, and they encourage anyone who wants to keep the park a public site to attend as well.

Downtown Michigamme gets a makeover