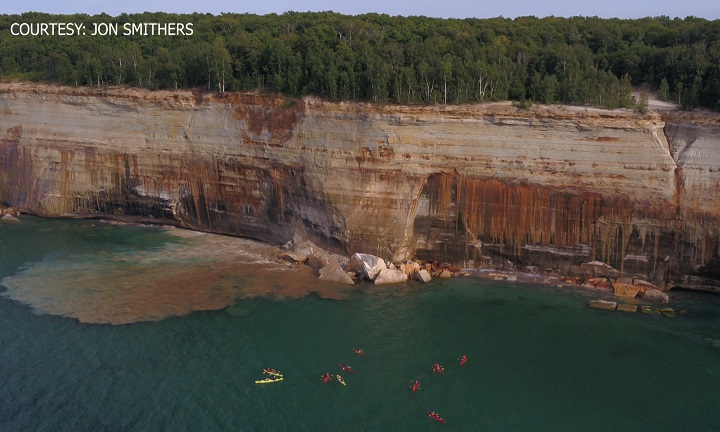 MUNISING — Earlier this week a cliff along pictured rocks fell off and it ended up being captured by two photographers who were working on a project involving the Pictured Rocks.

While operating a drone Jon Smithers and Craig Blacklock, two professional nature photographers, heard a loud bang and witnessed this moment that almost became a disaster for a group of kayakers.
After the debris had fallen into the lake, Jon flew the drone to see the aftermath of what had all happened. To these professionals it was breathtaking.

Thankfully none of the people kayaking were harmed.