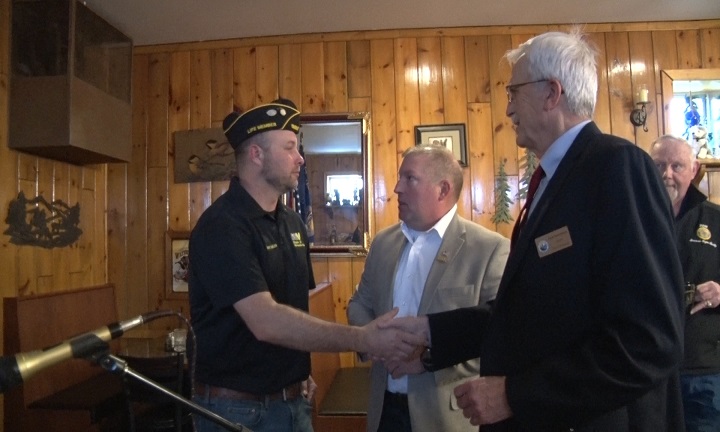 These veterans were also able to enjoy hearing some powerful essays about Memorial Day, which were written by a few young Negaunee students.
The DAV puts on this event to kick off the Memorial Day weekend.
This event allows for the younger generations to learn and remember the sacrifices that were made to protect our freedom.

“Seeing the younger generation realize the sacrifices that young men and women put fourth for this country is just speechless to be honest with you,” explained Jason Jenkins, Army Sergeant First Class (Ret.).

The Upper Peninsula is also home to many veterans who come up here after serving their country.
Due to this some of the veterans and community members come together to create brighter futures for these men and women.
Even Jason Jenkins, after retiring, decided to pack up and move north to spend his time with his family.
He also wanted make a difference within the lives of the veterans that are in this U.P. community.

“When she asked me, ‘where do you want to relocate after you retire from the army?’ I said we are going north,” explained Jason. “We are going to go north where I say is god’s country is. So seeing how many veterans are in this community alone just inspired me to say, I am going to take part in something that’s going to enhance their life.”

During the event a Purple Heart (medal) was awarded to Army Sergeant First Class, Jason Jenkins, for injuries he suffered in Iraq on October 24th, 2004.

Thank you to all who have served and made that ultimate sacrifice in protecting this great nation.