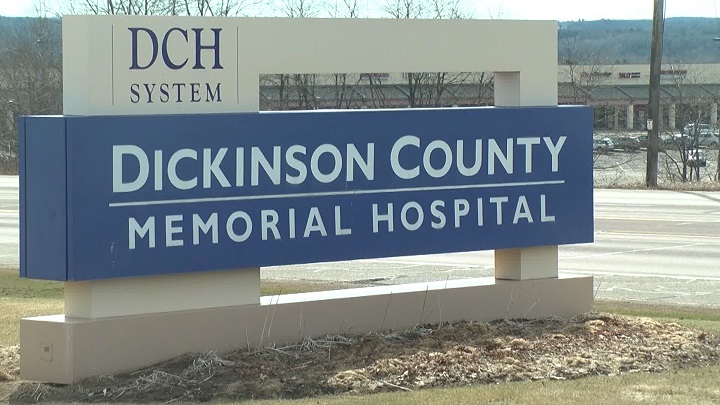 The announcement came on Thursday, November 29, that Jeanne M. Goche has been named the Interim CEO and Dennis H. Smith as the CRO.

The DCHS Hospital Board of Trustees voted unanimously to accept Venable LLP partner, Bart Stupak’s recommendation of the candidates and the Board also agreed to the negotiated terms of their respective contracts.

Mr. Stupak said, “After Berkeley Research Group (BRG) delivered a preliminary report of their feasibility study findings, I recommended to the DCHS Hospital Board of Trustees that Jeanne M. Goche, be strongly considered as the Interim CEO and Dennis Smith be strongly considered as the CRO.  In my opinion, Ms. Goche and Mr. Smith are highly qualified candidates who possess the experience necessary to successfully implement the DCHS organizational restructuring program.  Ms. Goche has positively impacted several rural health systems faced with similar financial challenges and she is able to begin working immediately on the DCHS program.  Mr. Smith has had great success growing and leading the Upper Peninsula Health Plan (UPHP) based in Marquette and his knowledge of the healthcare industry as it relates to insurance reimbursements and other pressing issues facing DCHS, is invaluable and he will be a huge asset on our journey forward.”

Although former CEO / Administrator, John Schon’s retirement does not officially go into effect until December 31, 2018, Ms. Goche will begin her duties immediately and will be solely responsible for the daily business and organizational decisions of DCHS.

Mr. Smith will also begin immediately and will consult with Mr. Schon during the transition period, as needed.

Ms. Goche commented by phone, “I am very thankful and looking forward to the opportunity of leading Dickinson County Healthcare System into the future.  I have been very fortunate to have helped other smaller rural hospitals like DCHS that were facing similar challenges.  DCHS has the community support and infrastructure that is required to ensure its future financial success and I am eager to meet the members of the community and begin discussions to better determine the healthcare needs of the people who live in the area and how as a health system, we are able to meet those needs.”

Mr. Smith also commented, “Being a long-time UP resident and someone who knows the importance of DCHS to this community and to the region, I am honored to help assist with the restructuring and eventual stabilization of this health system.  DCHS’s culture of hard work, quality and compassion are organizational traits that are essential to succeed in today’s competitive health care environment and with some financial guidance and stability, I am confident DCHS will continue to care for this community and its surrounding areas for years to come.”

DCHS Hospital Board Chairman, Bill Edberg added, “We are extremely optimistic that Ms. Goche and Mr. Smith will have a positive impact on our health system.  Time is of the essence and both are ready and able to oversee and implement the changes that are necessary to preserve the future of DCHS.”

A press conference will be scheduled; meanwhile DCHS will continue to provide regular updates to the community.