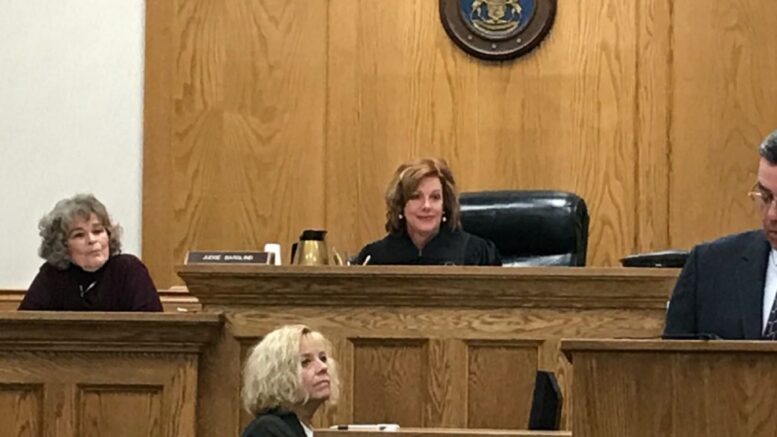 Photo given to us Judge Julie LaCost

Judge Julie LaCost was appointed by Governor Snyder in January to fill in the vacancy of Christopher Ninomiya, making her the first female District Judge in Dickinson County.

“I’m very proud to have achieved this milestone in my life, I have esteemed my whole career to become a Judge. So I am very flattered with the trust that Governor Snyder has placed in me to execute the duties of this job to my best abilities,” she said

“Here we are 19 years later and we do now finally have another female Judge and I believe that women are making strides, Governor Snyder has appointed Elizabeth Clement as a new Michigan Supreme Court Justice and so I believe that finally women are coming to be in positions of authority in the law field,” she said

Women’s national history month is all about celebrating inspiring women. Judge LaCost can be recognized as a role–model not only for her community, but most importantly her family.

“I have two nieces one of my nieces is a freshman in college the other one is in the sixth grade and my niece who is in the sixth grade was able to attend my Investiture service and I think she was really in aw and my nineteen year old niece continually thanks me for being such a wonderful role–model. I’m blessed and I really hope all young girls are able to find a role–model to esteem after so that they can conquer and achieve,” she added

Judge LaCost does plan on rerunning for her seat as 95–B District Court Judge.

Helping veterans with suicide prevention resources is a team sport in the U.P.