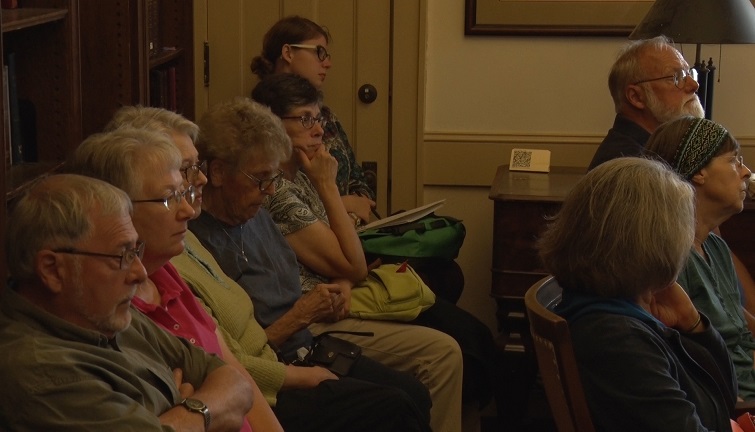 MARQUETTE — Throughout the month of September, the Peter White Public Library has hosted a number of medical professionals during its Meet the Physicians, Lunch & Learn series. Wednesday’s presentation that focused on the mind and memory, packed the Shiras Room to capacity.

Dr. Amanda Johnson, a neuropsychologist at UP Health – System Marquette, had a 60-minute presentation called, ‘Memory Care and the Role of Neuropsychology.’ Johnson, who earned her PhD at Wayne State University, talked with the audience about normal memory issues that come up for people as they get older and how those memory issues differentiate from dementia.

Johnson says some signs of dementia are being really forgetful over a short period of time and when people repeat the same things over and over.

“We all repeat ourselves normally in conversation, but when you do it constantly, that’s a real concern,” said Johnson. “Typically a patient is less concerned when dementia is really developing. It’s the patient that’s the least concerned and it’s the family members that are the most concerned.”

When it comes to improving your memory, Johnson says doing things like keeping a planner and staying organized can help.