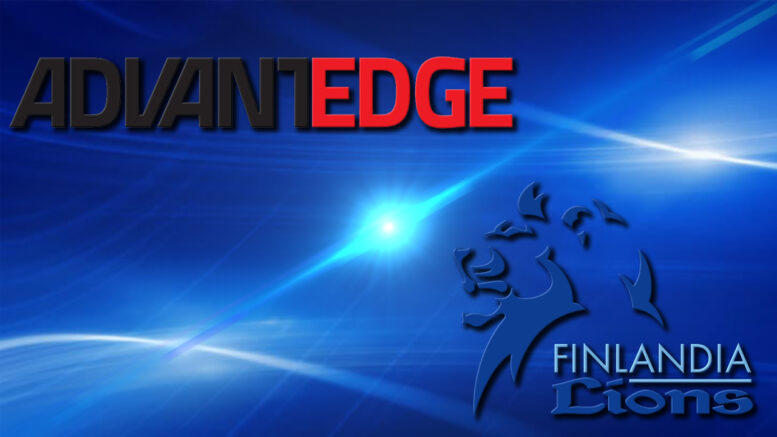 MARQUETTE — AdvantEdge Sports in Marquette has quite the resume when it comes to does their training there. They have trained six NFL players, 13 pro hockey players, seven collegiate All–Americans, over 30 collegiate All–Conference players, two national champions in Greco Roman wrestling and a three–time high school football state championship team that you may have heard of. And with a rundown that big, it only makes sense to get bigger.

This week, owner Dustin Brancheau announced a partnership with the Finlandia University athletic department as AdvantEdge will now be in change of the Lions’ strength and conditioning programs for all their teams. Both sides feel like this is a win–win situation for all of the athletes in the Copper Country.

“I think it’s going to be huge for our athletes. I have gone over and seen what Dustin [Brancheau] does with the athletes that he works with over in Marquette. He’s worked with a lot of professional athletes. I think he’s going to bring that aspect to our athletes and it’s just going to be a step up for us,” said Finlandia athletic director Curtis Wittenberg.

“I’m very proud of what we’ve been able to accomplish in the last couple of years, having a spot here in Marquette and also having a spot up in Hancock is very rewarding. I’m very excited about it because being an Upper Peninsula athlete myself growing up, it was something that I always take great pride in, trying to create great athletes from the Upper Peninsula so that they can go on to the next level. And not just be a U.P. athlete, but be a great athlete,” Brancheau said.

In addition to their work at Finlandia, AdvantEdge will also have their services available for local high school, college and pro athletes in the Copper Country, with all training taking place in the Paavo Nurmi Center.

Wildcats and Lions battle in Negaunee

Festival Ruska ready to usher in the fall season