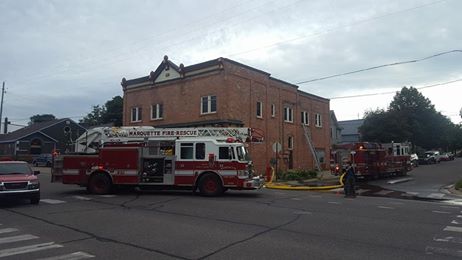 MARQUETTE–ABC 10 was on the scene of a fire at 525 North 3rd Street in Marquette around 7:30pm on the corner of North Third and West Ohio.

Police say that the fire was upstairs in a corner apartment. Witnesses say they heard an explosion and saw smoke and called 911 immediately. Fire was located in the kitchen and was quickly extinguished with approximately 100 gallons of water and class A foam.

At this time, it’s unclear if anyone was in the building during the fire. Damage to the structure was contained to that single apartment, and the incident remains under investigation.