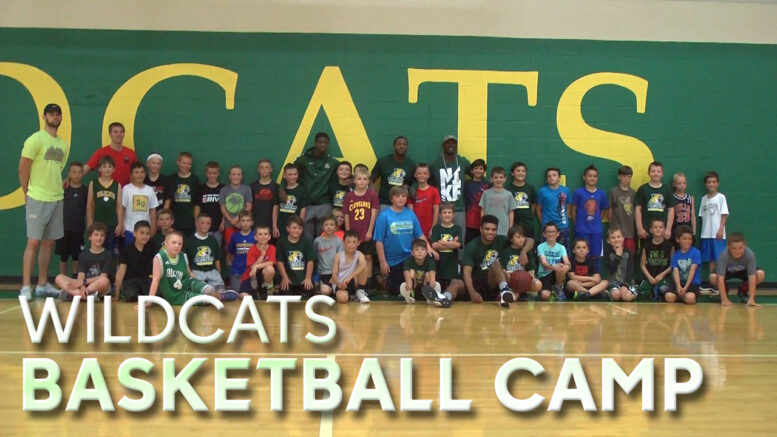 MARQUETTE — This past week, the Northern Michigan University men’s basketball team held their annual individual skills camp for players from third grade through ninth. And it’s been another great turnout for the Wildcats.

“It’s kind of amazing. We get them from all over the U.P. From Kingsford, Ewen-Trout Creek, Marquette, Negaunee, Ishpeming. It’s kind of a nice conglomeration of the fellow Yoopers coming and playing basketball,” NMU head coach Bill Sall said.

Point guard Naba Echols knows firsthand the importance of going to these kinds of camps at a very young age.

The focus of the camp is mostly on fundamentals like ball movement and being a good teammate, things that Coach Sall believes are absent from today’s game.

“I really think fundamentals today are just out of whack. We’re not teaching the game of basketball like the way it needs to be taught. And trying to incorporate passing, because let me tell you right now…that’s probably the toughest thing. Everybody looks at the NBA and they just want to take it one-on-one so we’re really trying to do that,” Sall said.

“You’ll see them instead of taking a layup on a fast break, they will stop and shoot a three like Steph Curry so it’s a big translation,” said Echols.

This camp is one of the most popular in the entire U.P. with over 100 players taking part in the 6th to 9th grade camp.
“I think it has a big reason to do with the university taking its program into the right direction. Coach Sall is doing a great job of trying to change the culture around here. So the kids are getting more and more interested in wanting to learn from him,” Echols said.
“I think that comes from the high school programs here doing really well. Young kids getting involved more with it. The more we can get young guys out here playing, finding passion for the game, the better off we’re going to be in the future,” said Sall.

And who knows…maybe this week, we got out first glimpse at the future of Wildcats basketball.

“It’s amazing. I was telling our campers before we left today. There’s been guys that have come to this camp that we have offered scholarships to. So it’s really unique to see them grow and go through the process,” Sall said.