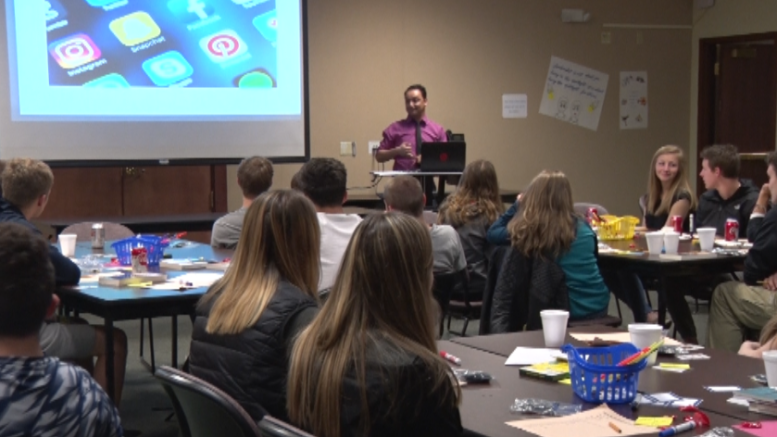 MARQUETTE — Student athletes from Marquette and Alger county schools gathered today to learn the importance of being a good role model and demonstrating strong leadership, on and off the field.

The 7th annual Student Athlete Leadership Workshop was created to further educate the students on what exactly it means to be a good leader. Through guest speakers and interactions with current NMU athletes, the students were able to discuss topics such as good character, healthy relationships, and responsibility.

These students are often put in the spotlight and relied on to be strong role models.

“A lot of these kids don’t realize that they’re in the spotlight and they’re a little more visible than their peers. We want them to use that visibility to be a role model for their peers,” said Certified Prevention Specialist at Marquette Alger RESA, Kelly Sager.

One local celebrity who is often in the spotlight spoke about the importance of representing yourself behind the screen.

“As many people know, I’m very active on Twitter and Facebook. It feels like in the past couple years, social media has been used in very negative ways whether it’s through cyber bullying or the spreading of false information. We are just trying to educate these student athletes to use social media in a positive medium, rather than what it’s being used for now,” said ABC 10 Sports Director, Sam Ali.

Ali also mentioned that student athletes have a substantial influence on their peers and teaching them these values gives them the power to spread their positive insight on their fellow classmates. The event was funded by the NorthCare Network.

Local sports director speaks about being Muslim in America