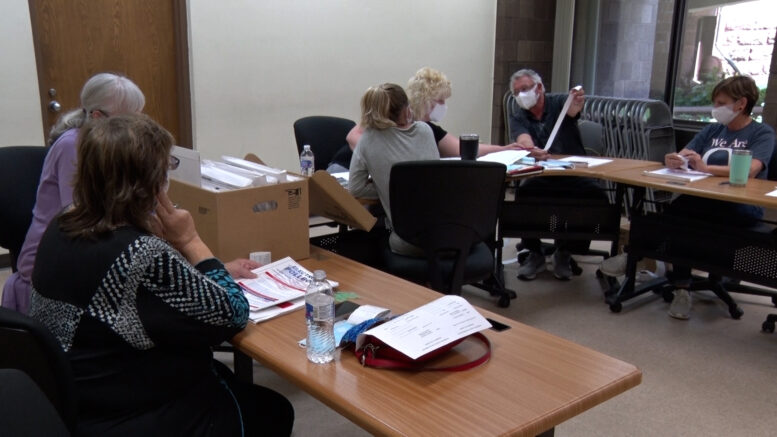 MARQUETTE — With the 2020 primary election over, officials met the day after to canvas the results.

“We did see more absentee ballots than in the past,” said Linda Talsma, Marquette County Clerk. “We’ve seen a little lighter turnouts of course in the polling location, which is kind of what everyone assumed would happen.”

Talsma says ballot casts were up to 34% from the usual 20% for primary elections, and that she’s proud of the increase.

“A lot of people put a lot of time into this day and it’s nice to see it pay off. We had some very good races out there and people showed their support to their candidates,” says Talsma.

Despite some worries about voting because of COVID–19, Taslma says she was happy that everything was able to operate well enough for the public to vote.

“People were just satisfied that the polling locations were open because some don’t really choose to do the mail–in ballots and that’s okay. That way we were able to offer both and I think it was very well-received.”