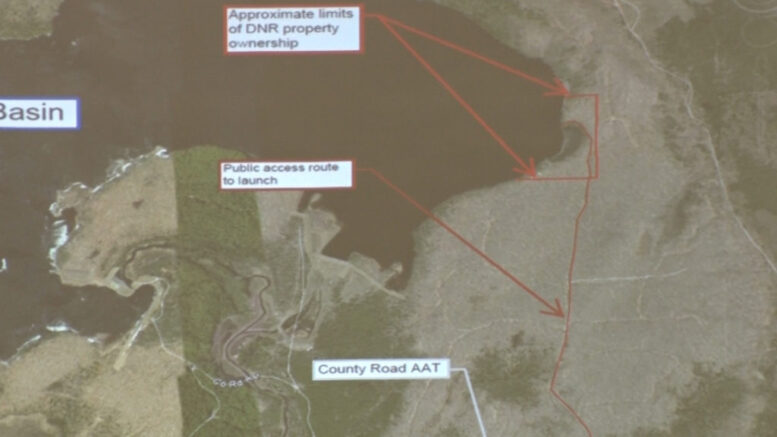 NEGAUNEE — The DNR is proposing some key changes in regard to the Silver Lake Basin boat launch.

With an increased popularity of the basin over recent years, the DNR is concerned about the misuse of the area, due to illegal camping and wasteful camping practices.

“Some of the issues we’re running into are that we have illegal camping that is happening up there [at the basin], which on boating access sites, like I said, is an illegal act,” said Debra Gills, Park Supervisor at Van Riper State Park. “With no fault toilet or any sort of development there, we’re starting to see trash and human waste along that site.”

The proposal would be to gate off the access road to the launch, so that only small watercraft like kayaks and canoes could be launched.

This would reduce large watercraft from accessing the launch, to reduce risk of invasive species.

“One of the things we’re concerned about is the transfer of invasive species into that water body,” said George Madison, Fisheries Manager. “We have lake whitefish, which is a fish of special concern in the Great Lakes region due to climate change. If we get what we call spiny water flea in there, which is an invasive zooplankton, it would eliminate the native plankton community in there and extirpate the whitefish fishery.”

Tonight was just to get the public’s input on the proposal, so no decisions were made.

If the proposal passes, then those wanting to launch a vessel would have to either carry it or wheel it from the parking lot.