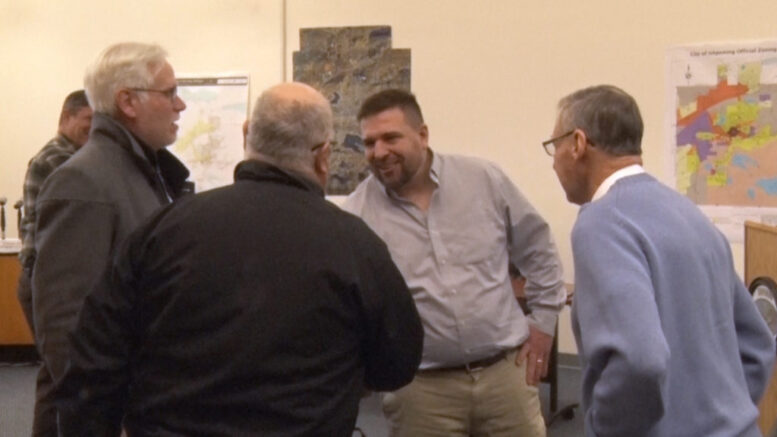 ISHPEMING — The City of Ishpeming held a meet and greet Wednesday afternoon to welcome to the new city manager, Craig Cugini. Monday was Cugini’s third day on the job as the city manager, and there was a small reception held for him in the Commission meeting room at city hall.

Cugini grew up in St. Clair Shores, Michigan, and went to college at Northern Michigan University. After graduation, Cugini went into the military where he served for a total of 26 years as well as gaining federal civilian employment experience, during which he’s gain plenty of knowledge working in similar roles that he plans to use in Ishpeming.

“Monday I sat in on the planning committee, and we talked about master planning and building a capital investment strategy,” said Cugini. “Those are the same things that I did on the federal side. We had a master plan, we had a strategic plan, we had a capital investment strategy. How we implement them and develop them is a little different… And so I think it’s just a matter of taking the experience I have, taking the best components of what I’ve learned and applying them, and learning some new stuff to better enhance the overall products.”

Although having military and federal government experience, this will be his first time taking on a role in a municipality government. Cugini says that while there is a bit of a learning curve for the new position, but he’s excited to get to work with the council and help the people of Ishpeming.

“I’m just thrilled to be here, and happy to serve this community and work with the city council,” Cugini said. “I have five great city council members that I’ve already met, they all came and visited me on the first day, and I think it’s great to have this opportunity to serve the people. Been doing it for 26 years, what’s another, you know, few more.”

Ishpeming’s first city council meeting with Cugini in the position will be Wednesday night at 7 p.m.

Downtown development authority gets ready to blossom into Spring