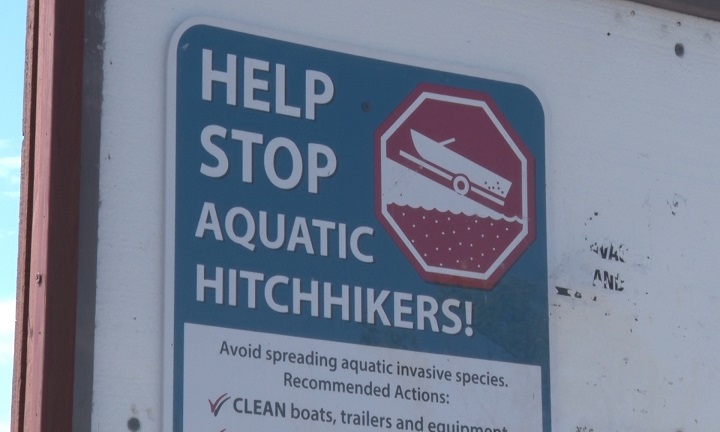 There are over 180 aquatic species that aren’t native to Michigan, but have been found in the Great Lakes.

“The way these are transported most often are going to be from boats, wave runners and pretty much any general marine activities that have the potential to transport from one body of water to another,” explained Joshua Bourdreaux, DNR Conservation Officer. “So Michigan has recently adopted laws to help prevent the spread of this. Michigan boaters are now required to remove all drain plugs from the boat. This includes the bilge, live wells, the ballast tanks which are commonly found in a wave surfing boat or something of that nature.”

Those planning to enjoy the Great Lakes or any of Michigan’s rivers or inland lakes are encouraged to follow simple steps to prevent the spread of aquatic invasive species like Eurasian watermilfoil or New Zealand mudsnail:

First, don’t launch or transport watercraft or trailers unless they are free of aquatic organisms, including plants.

Second, don’t transport watercraft without removing all drain plugs and draining all water from bilges, ballast tanks and live wells.

And lastly, don’t release unused bait into the water.

With these measures the Lakes will not be affected by more invasive species from entering. If more were to enter it would continue to cause more damage to the ecosystem.

“So invasive species whether it is plants and or aquatic animals, they compete with the native species for   available resources,” said Bourdreaux. “Often times they wont have any natural predators. They have more available to them and are able to reproduce at a rapid rate, because of this they can out compete native species and  destabilize the ecosystem.

Michigan has over 11,000 inland lakes and over 36,000 miles of rivers and streams, which are impacted by many aquatic invasive species.

State receives $1.1 million in federal funding for recreation and conservation