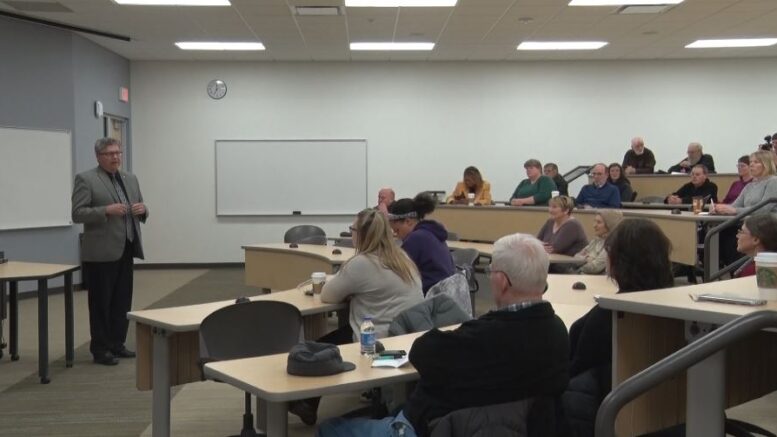 The Senator, who represents Michigan’s 38th district, joined students and community members at Jamrich Hall to discuss his experiences in the Michigan legislature. Casperson also discussed the state of Michigan’s economy, UP issues – such as mining and infrastructure work, and current legislation being looked into. This event was free for everyone and was sponsored by Platform Personalities and the Student Finance Committee.

“That’s really what started this actually – it was the students,” said Michigan Senator, Tom Casperson. “I’m all in, and if they want to talk about things, that’s great – it doesn’t mean we’ll agree on everything, but certainly we should be able to have the discussion. I think we need a little more of that in my business; some talk and discussion, and not talking at each other – I’m hoping that’s what we see tonight.”

Casperson is currently serving his second four-year term in Michigan’s Senate, and will be unable to seek re-election when his term expires in December.

Culinary “contest” pits peers against each other

NMU students and MLK on In Focus