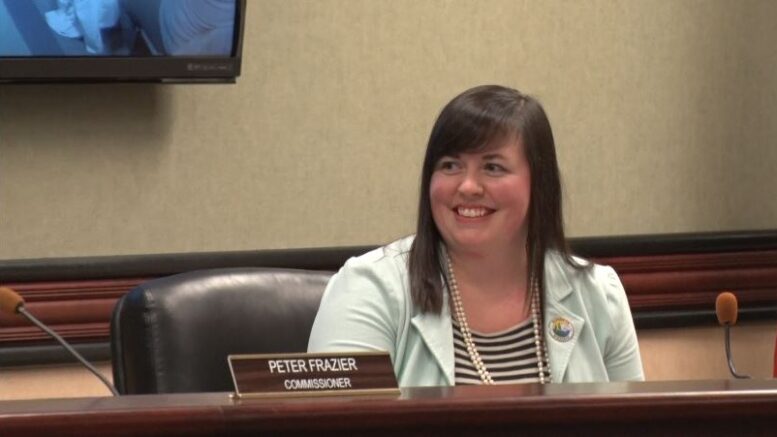 MARQUETTE — During the November election, the Marquette City Commission looked to fill three vacant seats, but with the election of Sara Cambensy to State Representative in November, an additional seat was left vacant on the City Commission. The Commission met on Monday to fill that spot. Nine applicants were given the chance to address the commission before the vote. In the end, Jenna Smith was appointed, but many believed the vacancy should have been filled by Tony Ghiringhelli, who placed fourth in the November Elections.

“All I can say is I wish her well, I wish her luck, and I’m just going to be focusing now on next year’s election,” said Ghiringhelli.

“There’s a lot to like about Tony Ghiringhelli. One of the things he mentioned is that he’s a hard worker…no question about that,” said Mike Plourde, a member of the Marquette City Commission.

Members of the commission are confident that they made the right decision. Smith seemed to be a fan favorite throughout the city of Marquette.

“She had a lot of backing. I, myself, probably received over two dozen emails specifically supporting and backing Jenna Smith,” said Plourde.

Smith will have a full plate once the new year starts up.

“There’s going to be a lot of things that the Marquette City Commission has to work on in 2018,” said Plourde. “We wanted somebody who could face the issues in a broad way.”

“I just want to look at every issue or opportunity that comes up with an open mind, be able to do the research, ask residents, community members what they think, get a feel for it instead of just absolutely knowing what I want to do,” said Smith. “I don’t think that serves the community. My opinions aren’t the best opinions, necessarily, but I think I do a good job of assessing the situation and trying to do what’s best for all.”

According to Plourde, it seems that Smith did plenty of research.

Smith has volunteered for the Marquette Housing Commission, and currently works at Marquette Area Public Schools. Her past in both organizations, along with being a Marquette native, will be beneficial in helping make the city of Marquette a better place.

“She had a set of skills that we thought she would bring to the organization,” said Baldini.

“Serving on the housing commission provided me with a lot of experience with some federal dollars, budgets, setting policy, trying to think about the community,” said Smith. “And then working for Marquette schools has been a great opportunity to learn how schools are funded, how we fund our classrooms, students, teachers, and looking at those budgets as well.”

“I absolutely do want the best for the city of Marquette. I think everybody on the City Commission wants that,” said Plourde.

Smith joins a group that has worked hard to make Marquette the greatest possible place for its citizens.