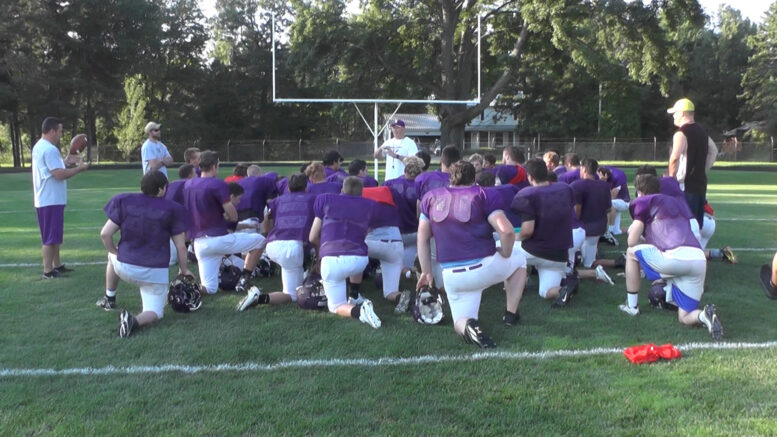 GLADSTONE — This season, the Braves football team will officially be members of the MPC, which features some teams that they have some familiarity with. And with a roster of over 40, these newcomers won’t be taken lightly.

“The Mid–Pen is another great conference to play in. It will be competitive. We’ll just give it our best and play the good teams that they offer,” quarterback Jared Crow said.

“I think it’s good because it shows us new challenges that we haven’t faced before like Iron Mountain and these other good teams,” said left tackle Eric Leonoff.

“I like it a lot. The Mid–Pen is a very good and very competitive conference. They have schools with enrollment right next to ours. Those are the schools that we end up having to play in the playoffs. It’s a great move for us when it comes to scheduling, travel and it’s also just a really competitive conference. You have to be a good football team to make your way through that conference,” head coach Jeff Hansen said.

Gladstone finished last year 3–6, failing to make the playoffs for the eighth straight season. But Coach Hansen is confident they will end the drought in 2017. The Braves will open their season on the road next Friday against Gwinn.

Miners looking forward to a new schedule in 2018

Redmen fall at the Superior Dome to TCSF