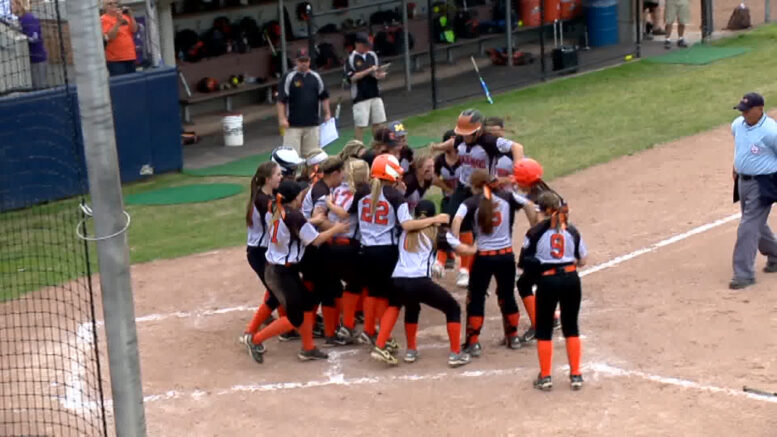 ESCANABA — The Eskymos have been practicing indoors for the past week or so, due to the field conditions that are typical in the U.P. But it won’t be long until the girls can get out in the sun.

“It feels good. We’re excited. It’s getting a little stir-crazy inside. We’re excited to actually get outside on the dirt and the grass and start playing real softball. We’re excited for the weekend,” said head coach Jamie Segorski.

Last year, the Eskymos advanced to their first state semi–finals in 13 years, before falling to Richmond. Although some key players from that team have graduated, a big majority of the team is back to make another deep run.

“This team has a lot of heart. We’ve been playing together for years now. This team has been together for four years without a break. I think the team chemistry is really strong with this one,” said catcher Taylor Segorski.

“I think a lot of it is coming together as a team. You can perform well and do everything right. But if you don’t get along, it just doesn’t work. Pitching, catching, hitting…it’s really important. But the reality is you need to get a good hop here and there, too. A little luck and a lot of talent will get you there,” coach Segorski said.

Escanaba will hold a scrimmage against Ogemaw Heights on April 14th before they open the season at home on the 25th with a doubleheader against Negaunee.

Eskymos take part in scrimmage to get set for football season