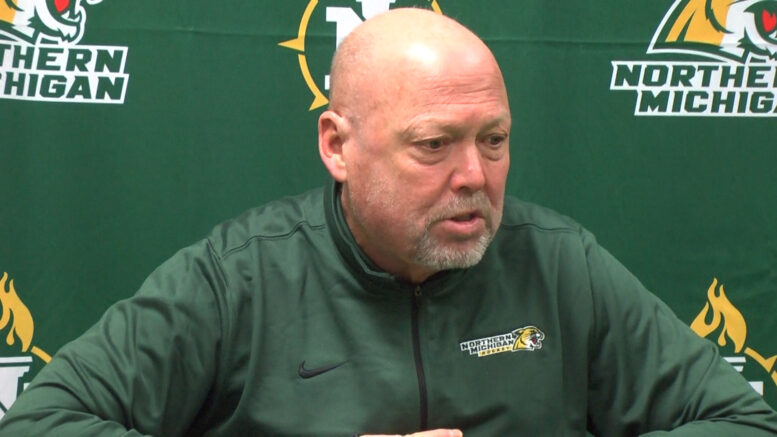 Walt Kyle’s employment agreement will not be renewed, and a comprehensive national search for the third head coach in program history will begin immediately.

“Walt has played a major role in the most significant moments in Northern Michigan hockey history,” said Karr. “I enjoyed working with him, and I am thankful that he always supported every program in the department. I appreciate his work and dedication to the hockey program and wish him well in all future endeavors.”

Kyle compiled an overall record of 265-263-68 during 15 seasons at the helm of the program. He guided the Wildcats to six 20-win seasons and to the 2010 NCAA Tournament. He also coached two Hobey Baker finalists and five All-Americans.

Kyle played two seasons at Northern Michigan after transferring from Boston College and recorded 90 points (31g-59a) in 85 career games. He captained the 1980 and 1981 Wildcat teams that advanced to the NCAA Frozen Four. ?

After graduating from Northern Michigan in 1981 with a bachelor’s degree in physical education, Kyle became a graduate assistant coach under Rick Comley. He was promoted to assistant coach in 1982 and held that position until 1992. He was the top assistant coach when the Wildcats won the 1991 NCAA Division I national title.