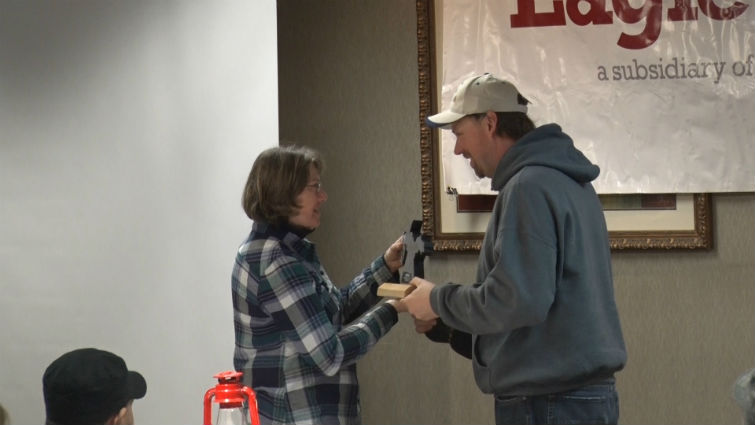 MARQUETTE– Monday morning the UP200 winners were honored at the Holiday Inn.

Racers gathered around 8 a.m. to not only receive awards but share memories from the race and years past. Awards were given out to the top 9 finishers, including votes from Mushers of best Sportsmanship award, and dog care award.

“Just the respect that we all give each other on the trail with our dogs, and with each other is just unparallel, and I’m so grateful for that,” ninth place musher Sally Manikian said. “I like that at the start of these awards, it’s asked how many volunteers make this happen. To hear the number of volunteers, compared to the not more than a dozen of us that can show up to this race. It’s really to be owned by everybody and I am so thankful for that.”

UP200 Board Member Ross Anthony coordinates the Start and Finish of the race. Anthony said although many people gather for the starting point in downtown Marquette, some parts of the race aren’t as talked about.

“There’s also so many places around Marquette that people come out. We were talking to Tom Lakenen and there were 300 and some people at his place,” Anthony saod. “Then you have all these other road crossings and all these other viewing parties; along M28, the snowmobile trail, you get out towards Wetmore. It’s all of those people, when you really add that number up I’d say pretty near to the entire community came out of this.”

The UP200 Board said the sled dogs had no issues in the abnormal heat and train for weather up to 50 degrees.

Poetry Out Loud event in Marquette

Suspected thief arrested after locking herself in vehicle