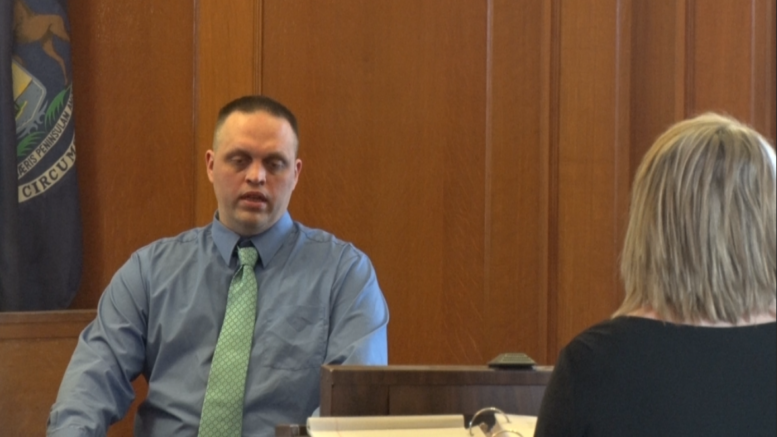 CRYSTAL FALLS– Kelly Cochran’s murder trial continues to move along as an ex–lover was brought to the stand to testify. Eric Erickson, who also had an affair with alleged murder Kelly Cochran, was called to the stand by Iron County Prosecutor Melissa Powell. Erickson testified that he had a relationship with Cochran, but the two were not emotionally connected and he never expected it become serious.

“Besides initially when she was still working there we talked at work,” Erickson said, “then we exchanged numbers, it was text messages and sometimes phone calls.”

“She was fearful of living with Jason Cochran, in the same house because he would become violent and enraged and would be physical with her,” Erickson said, “And I had thought it was odd that if she had a possible divorce in her relationship, why you would still allow him to come back into the household, even though he’s being threatening.”

Also called to the witness stand by the prosecutor was Michigan State Police Detective Sergeant Chris Bracket, who was involved in investigating the disappearance of Chris Regan. Bracket testified that he was involved in an interview with Cochran were she said that she was unafraid of her husband.

“She said she was never threatened by him and she said no man would ever push her around or she could take care of herself,” Detective Sergeant Chris Bracket said.

Tune in tomorrow for the latest on Kelly Cochran’s murder trial.