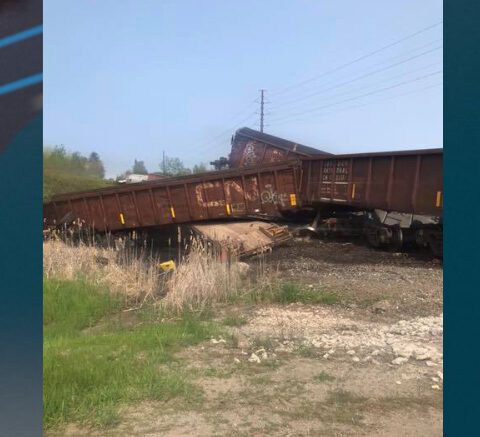 UPDATE — The diver of the truck, 41-year-old Adam LaFave of Escanaba, was treated and released from UPHS Marquette. No other information is available at this time.

DELTA COUNTY — One person is injured following a dump truck colliding with a train in Delta County.

At 2:54 pm earlier today, Michigan State Police troopers from the Gladstone post were dispatched to a railroad crossing west of 19th Avenue North on reports of a dump truck pulling a flatbed trailer that was carrying an excavator collided with a train.

After investigation, it was revealed that the truck was traveling east on Danforth road, while a Canadian National train was traveling north.

According to reports, the emergency red lights, gate and audio sirens were all activated.

The truck collided into the side of the train, causing some of the cars to derail.

The driver of the truck was transported to a hospital by Life Flight.

The investigation is ongoing, and no further details are available at this time.

One person killed in three-car accident in Delta County

Probation for man who crashed car in Powell Township