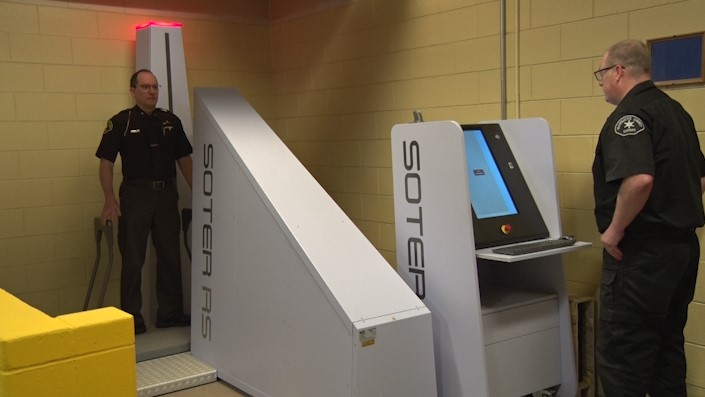 MARQUETTE — The Marquette County Jail will now have a new tool to help them stop contraband from being smuggled into the jail by inmates, which they began using yesterday. The SOTER RS is a full body scanner that will allow the jail to scan inmates before they’re taken inside the jail to detect any banned items.

This will be the second full body scanner of this kind to be used in the state of Michigan, the first was earlier this year in Washtenaw County, and it’s purpose is to make the jail safer.

“The main purpose for this device is safety,” said Marquette County Sheriff Greg Zyburt. “It’s the safety for the correctional officers and safety of the inmates. We had one inmate that was overdosing, luckily we got them to the hospital. So we’re trying to stop the usage of drugs, and potential of weapons coming into the jail.”

They also hope the scanner will prevent people from attempting to smuggle contraband into the jail, as the penalties will be increased if they are caught by the scanner. Sheriff Zyburt said they want people to know to warn officers about any banned items before they get to the scanner.

“If you have something, tell us now because we’ll charge you with a misdemeanor,” said Zyburt. “If you go through and we find it, then it’s a 5 year felony, its prison.”

The scanner will only be used on those that are arrested and taken into the jail. The total cost of the machine was $130,000, and the sheriff’s department and guards are still being trained on the machine.