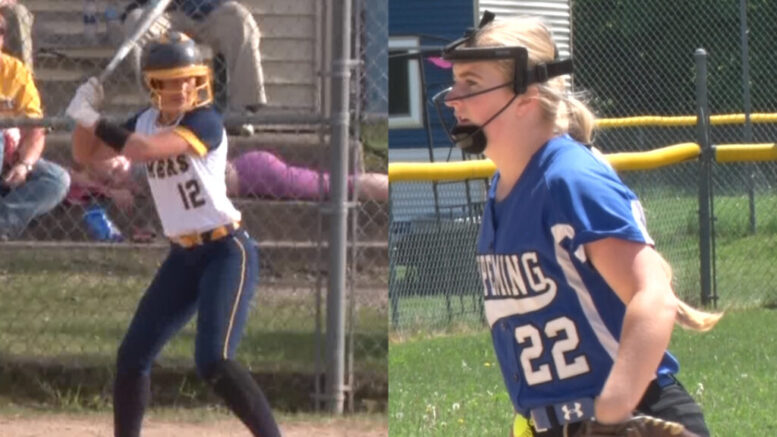 NEGUANEE – The Negaunee softball team can check off conference champs and district champs.

The next box that needs to be checked off? Regional champs. The Miners are in the regional tournament for the first time ever. They start their quest for a regional title on Saturday in Charlevoix against Traverse City St. Francis. The Miners do know a little bit about the Gladiators, but head coach, Randy Carlson, says his team just has to play their game, and if they do that, he’ll take their chances against anybody.

“This team all year has been, I wouldn’t say exceeding expectations because I had high expectations, but we’re young,” said Randy Carlson, head coach of the Miners. “They’ve been playing well all year, they’ve been consistent all year. I feel good with these guys against anybody.”

“It is very exciting as a program and as an individual,” said shortstop, Hannah Voskuhl. “I’m so excited. I’m so proud of the team, what we have developed as a program and a team through the season. On and off the field we’re so close and so fun. I’m really looking forward to the time and memories that we will make.”

First pitch is scheduled for 10 a.m. on Saturday, and if the Miners win they will play the winner of Boyne City and Gladstone in the championship game.

ISHPEMING – The Hematites are also preparing for regionals. Everyone is back from last year’s district championship team, so Ben McGuire’s squad is a bit more confident this year. Ishpeming has a tough first round game against Rapid River, but when you mix good pitching, hitting and confidence together, anything can happen.

“Good pitching is always the key, but our defense has been really good and hitting wise, everyone up and down the lineup, one to nine has been hitting really well,” said head coach, Ben McGuire.

It’s been a busy week for the seniors, from the last day of school to awards ceremonies to graduation, what better way to cap off the week than with a potential regional championship. First pitch is on Saturday at 1 p.m. EST at Norway.

Highlights and scores from the Spring Swing tourney