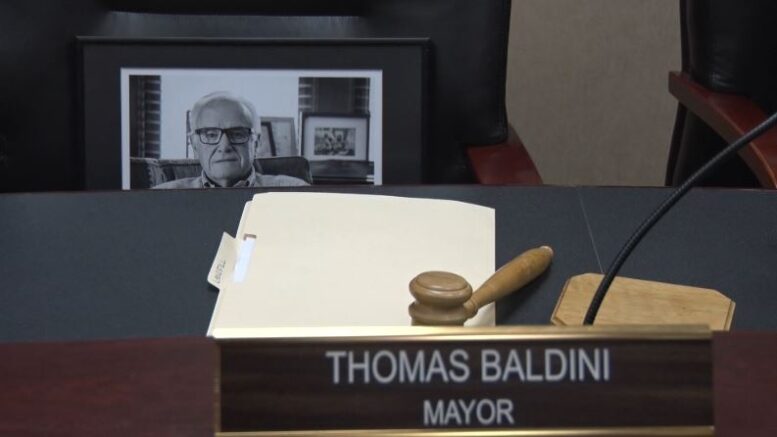 MARQUETTE — On Monday night, in the wake of the sudden passing of late Mayor of Marquette, Tom Baldini, the City Commission met to determine how to fill the now vacant seat.

The City Attorney recommended that the commission elect a new mayor among themselves. After voting, it was determined Mayor Pro-Tem, Dave Campana would re-assume the role of Mayor, and Commissioner Fred Stonehouse would become Mayor Pro Tem in place of Campana.

In addition of a new Mayor, one more commissioner will need to be brought onto the board, and the process will resemble the approach to Sara Cambensy’s replacement with Jenna Smith – an appointment by application.

“I’m happy to be mayor – I’m glad I was selected,” said newly elected Mayor, Dave Campana. “But we’re missing Tom, and it was Tom’s turn to be Mayor – and he would have been a good Mayor. He’s been on the Commission for three years and working with him was just hard to describe; he was just so experienced and had so much knowledge.”

Applications for appointment to the City Commission are due no later than January 26th, and a vote to select a person to fill that vacant seat will take place at the meeting on February 12th.