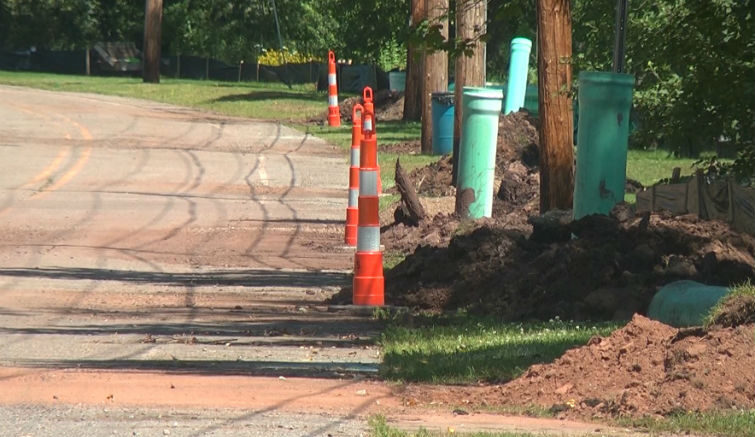 ISHPEMING — Marquette County is riddled with various construction projects, effectively thinning out the available construction workers. This is putting a few projects a little behind schedule, like the water improvement project in the City of Ishpeming.

Ishpeming City Manager Mark Slown says the contractor in charge of the project has received a lot of work and workers are divided amongst the slew of projects in the region. This problem is a catch-22: though the improvements are great for the community and the contracting company, it does add time onto projects. Slown says if the current rate continues, final completion, which is set for the end of 2018, could be delayed, but it is uncertain at the time.

“Construction of city infrastructure is definitely an inconvenience for people and there’s no way around it,” Slown said. “When roads and water and sewer lines are torn up, it does cause a problem for people, no matter how good the contractor is. For all the inconvenience, I apologize. We are trying to get it done as fast as we can so that things can return to normal.”

The project at Lake Bancroft is coming along and is still on track to be repaved this year. Other than a few complaints about valve replacements, few concerns have been raised, but if you have any, Slown encourages you to contact City Hall.