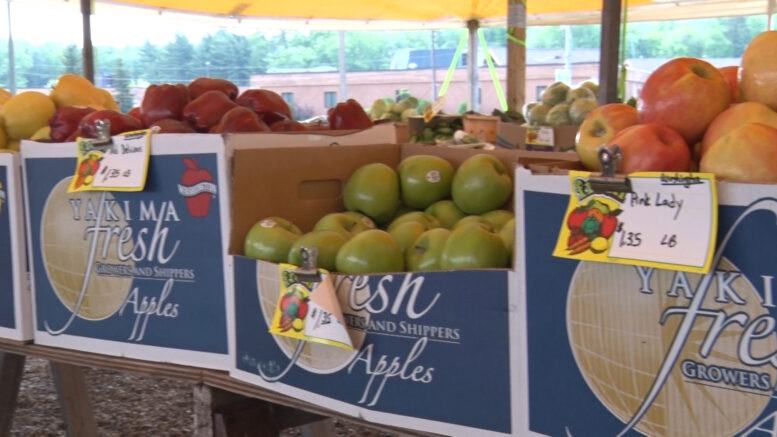 HARVEY– Pollen can give many people itchy eyes, nasal congestion, and other symptoms. What some may not know, pollen can give us reactions through eating fruits and vegetables, which is often mistaken for a food allergy.

This is known as Oral Allergy Syndrome.

According to medical professionals at Lakeview Medical Associates it’s more frequently seen in people with other environmental allergies.

“Some of the symptoms patients would complain about are almost mild in nature, so I think sometimes people don’t realize they have it until it almost becomes a pattern,” PA–C Stacie Powers said. “People start to think hmm maybe I’m allergic to something. So minor symptoms of tingling, sometimes people complain of bumps on their tongue, sometimes they feel like itchiness inside their throat or their mouth.”

If you think you have an allergy, go to your primary care provider For some people it’s as simple as peeling the apple, but depending on the severity of the reactions– some are asked to avoid the irritant altogether.

“There’s usually a pattern of fruits, vegetables, and nuts you can avoid and that’s the most common thing we suggest,” PA–C Julie Cobb said. “Also this typically only occurs when they are raw so if you cook them it can kind of breakdown the pollen you’re allergic to so you should be able to eat it without symptoms.”

According to Powers other not–so–common options include allergy medication.

In serve cases allergy desensitization can be done but it would need to be discussed with your provider first.

MI Car Accidents Down, But Fatal Crashes Up