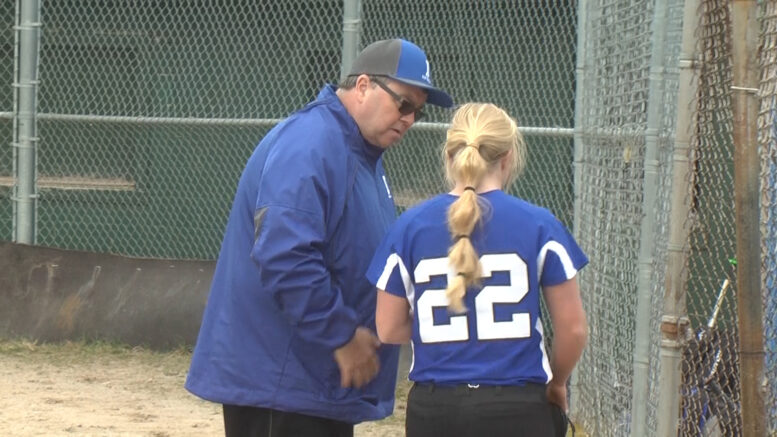 ISHPEMING — For the Ishpeming softball team, their greatest moment of the season came this past weekend out in Hancock in the Division 4 district tournament.

The Lady Hematites won their first district title in the program’s five year history. The championship meant a lot to the team, but it was extra special for the seniors who have been with the program since its inception.

“It felt amazing, honestly. Me and Emma have been partners in softball since we were young, and it just feels great to bring a trophy home together. We’re feeling pretty great. We’re pretty excited. We’re pretty pumped about it and I think we’re all ready to go on to the next level,” catcher Kayla Kaukola said.

“The kids are having a lot of fun with it and they are very relaxed and playing very confident. That was the biggest thing in the districts is that they played with so much confidence,” head coach Ben McGuire said.

Ishpeming will go up against Rudyard in the regional semi–finals on Saturday. And although this is an unfamiliar opponent, they know exactly what needs to be done if they want a shot at the title.

“Probably mainly our hitting. We kind of struggled a little bit in that last game. We had some nice bunts, but we need to hit a little bit more,” said pitcher Emma Bleau.
“We have to play almost perfect ball in order to win. The games are going to be close like the finals, 2-1 the other day. They’re all going to be close games. We can’t afford to make mistakes baserunning or in the field. We played flawless last Friday, and we are hoping to do it again this weekend,” McGuire said.

If they can get past the Bulldogs, awaiting the Lady Hematites will most likely be Indian River Inland Lakes, the #1 team in the state.

Jets looking for redemption vs. Hillman

Concussion testing added to the roster