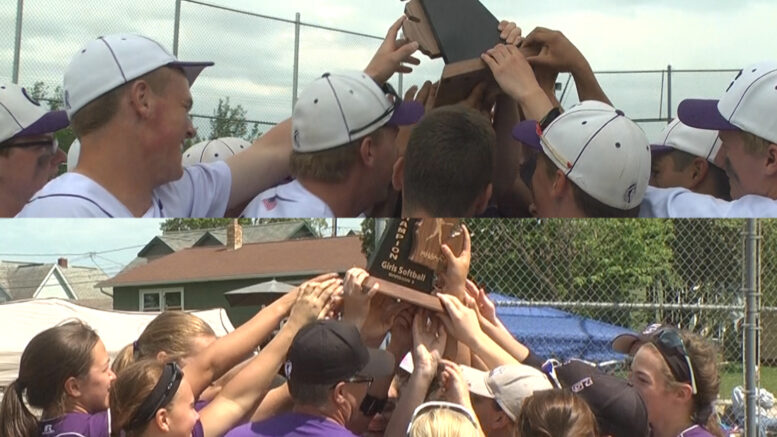 NEGAUNEE — The Gladstone softball team defeated Negaunee 8–1 on Saturday, clinching their 15th straight district title. All of that with a new head coach, who had the chance to lead one of the best rosters in the entire state. The Braves move on to regionals down in Boyne City as they take on Grayling in the semi–finals on Saturday.

Four years ago, the Gladstone baseball team captured their first of what would end up being four straight district championships. Saturday, the Braves knocked off Negaunee 11–1 in five innings. Pitcher Jared Crow threw a no–hitter and the long ball was popular as Ben Schwalbach, Lucas Wienert and Owen Hanson all homered with Hanson’s coming off a grand slam. The Braves now move on to the regionals as they get set to take on Roscommon on Saturday morning in the semi–finals in Boyne City.

Braves get set for move to the Mid-Pen Conference