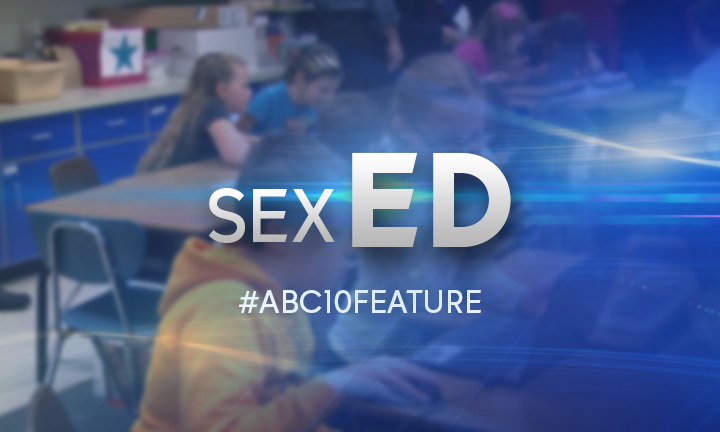 MARQUETTE COUNTY — Sexting scandals, deadly cyber-bulling incidents and increased human trafficking are plaguing not only our local communities, but the nation as a whole. ABC Ten’s Chelsea Birdsall wanted to know what school-aged children were learning from sexual education at school that may help combat these growing issues.

“If they’d never had the education, they couldn’t make that informed decision, they may be led into a decision they might not be ready for,” said NICE Community Schools Nurse, Andrea Korpi. “Education is the key-it helps empower them to make the choice to abstain for the right reasons.”

The State Board of Education for Michigan has implemented a highly-suggested curriculum that meets both the national health standards as well as the state’s standards. This evidence-based curriculum is called the Michigan Model for Health, and it recommends varied levels of sex education starting in elementary school and building on that foundation as students get older.

The Michigan Model calls for HIV education for fourth and fifth graders, but doesn’t include and puberty or growth discussions. By seventh and eighth grade, the curriculum is called ‘Growing Up and Staying Healthy,’ and includes puberty, but doesn’t look at contraceptives. Once in high school, the education includes healthy and responsible relationships, following abstinence-based curricula, which differs from abstinence-only.

“It’s more of a philosophical difference. We do talk about HIV and AIDS, and in the upper levels, we do talk about other sexually transmitted diseases,” said Korpi. “The abstinence-based gives information on risk reduction and how to eliminate those risky situations. The abstinence-only program is abstinence until marriage.”

Neither abstinence-based, which is recommended by the Michigan Model, or abstinence-only are forced upon school districts- they reserve the right to create their own sex education classes or choose to not implement one at all. Kelly Sager, the Regional School Health Coordinator at MARESA, says a majority of schools in Marquette and Alger Counties do follow the Michigan Model at least to some extent. She also emphasized that while the state tries to revise the curriculum as issues arise, school districts need to be keeping up to date on problems affecting youth and coming up with solutions to combat them.

“Based on what we see happening with our youth in our communities, we need to look at the best way to address those issues within our schools,” said Sager. “Whether it’s sexting or cyber-bullying, anything like that. It’s not just a school issue; it goes back to being a community/parent/family type of issue.”

Increased human trafficking around the country has also prompted officials to start implementing it into the curriculum. Sager recommends that districts look at needs of each individual community regarding current issues and parental concerns. NICE Community Schools implemented the abstinence-only option a few years ago after the community decided they wanted that option for their children.

“It was a real school and community effort. Parents were involved as were community members interested in providing choices for our students and their families and it works out well for us,” said NICE Community Schools Superintendent, Bryan DeAugustine. “It’s nice to have that additional option for families to choose from and gives our kids an opportunity to see what fits best for them and allows their parents input on which philosophy they follow.”

NICE is also in the process of updating their curriculum to help children protect themselves from the dangers of social media, which will help prevent cyber bulling and sexting situations among their students. Once the Board of Education and the community has had a chance to critique the ideas, DeAugustine is hoping to have it implemented for the coming school year’s sex education courses.

Over $12,000 pledged to four school districts