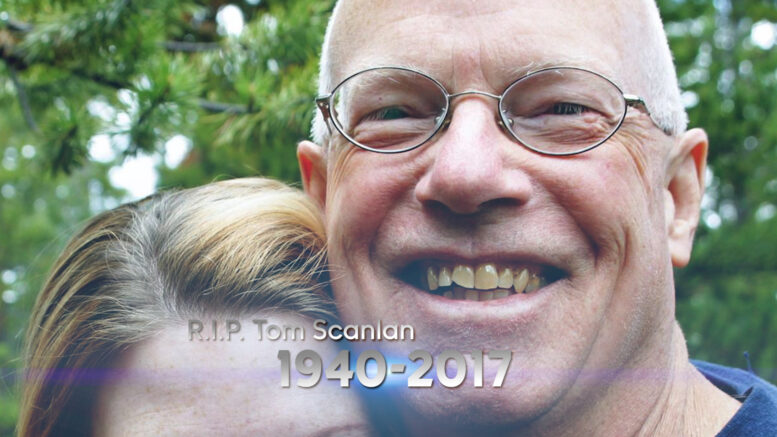 It’s with great sadness that we report the original owner and founder of our TV station, Tom Scanlan, passed away on the morning of June 1st at his home in Tuscon, Arizona after a long battle with cancer. Tom was 76 years old.

In 1974, Tom and three of his Air Force friends got together and built WBKB TV in Alpena from the ground up. Later on, Tom became owner & President of Scanlan Communications Group when he acquired WGTU/WGTQ, ABC 29 & 8 in Traverse City. He went on to build WBKP TV in Calumet in 1996, and WBUP TV in Marquette in 2001.

Tom was a past President of the Michigan Association of Broadcasters and was inducted into the MAB Hall of Fame in 2002. In 2013, he received the MAB’s Lifetime Achievement Award, the association’s top honor.

Tom’s love for anything broadcasting permeated his life. He and his wife Sue enjoyed traveling the country and visiting different broadcast sites. They’re also huge fans of Michigan Tech hockey, and were never too far away from a Tech hockey game.

Tom will be remembered as not only a broadcasting pioneer in Michigan, but for his big heart, warm smile, and the feeling that everyone who worked for him was a part of his family. He will be missed.

Cause of death determined for man killed in shooting incident