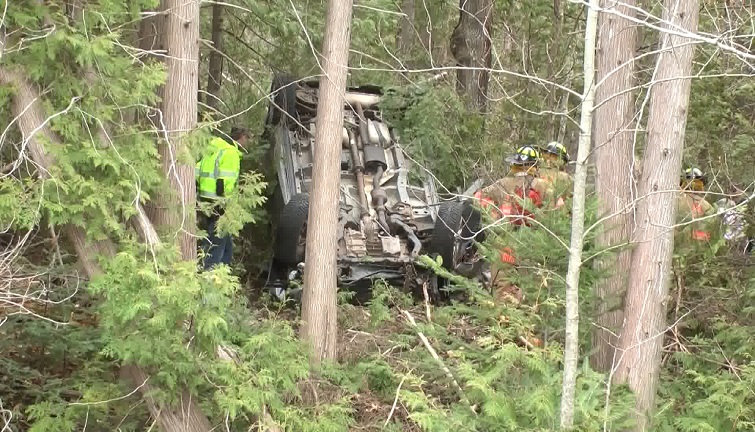 The Houghton Police Department is investigating a one car personal injury accident that occurred Tuesday morning.

According to police, a 36-year-old Calumet man was traveling north on Razorback Drive when his SUV left the roadway and went over the steep embankment. The driver was helped out of the vehicle by several witnesses.

Speed is believed to be a factor in the accident, which remains under investigation. At this time, there’s no word on any injuries sustained by the driver in the accident.

HOUGHTON — One man is injured after he drove his SUV off a cliff Tuesday morning.

The accident happened shortly before 11:00 a.m. on Razorback Drive, across the street from the Goodwill Store in Houghton. Witnesses say the driver was speeding straight for the edge of an empty lot and into the ravine.

The SUV flipped over before landing at the bottom. The driver was able to get out of the vehicle and was taken by Mercy Ambulance for treatment.

His condition is unknown at this time. The accident is currently under investigation and we will have more information as it becomes available.