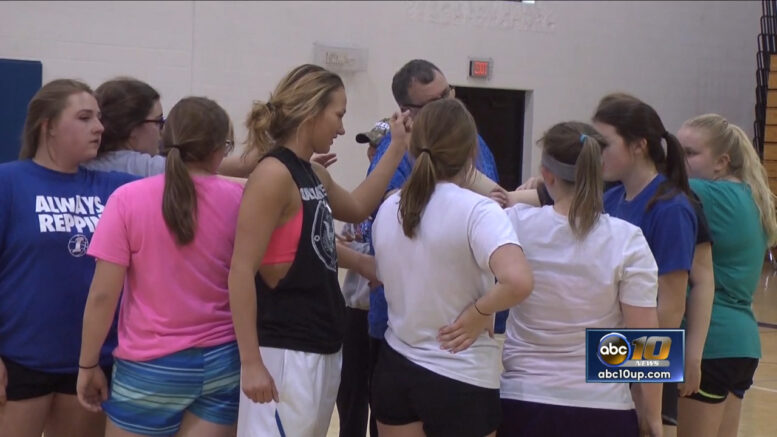 ISHPEMING — Turnover is a big part of high school sports. Athletes graduate every year so the roster won’t always look the same. This year for the Ishpeming softball team, turnover will hit hard but they don’t think it should be an issue.

The Hematites only had two seniors on last year’s team, but this year they will have none. However, the lack of upper classmen opened a lot of playing time last season for players on this year’s team.

“I think we feel pretty confident. We’re a very young team, but we have a lot of experience from last year,” pitcher Emma Bleau said.

“We have five juniors, six sophomores and two freshman. We’ll be very young again this year, but we should be very successful. The kids have been working really hard. And we’re leaps and bounds ahead where we were last year at this time,” said head coach Ben McGuire.

Ishpeming will be one of several teams at the Dome this weekend taking part in the annual Spring Swing softball tournament. And the team does have a to–do list for their games.

“I want to of course get some wins. I want to be able to hit well and make some good plays, possibly double plays and some good catches out in the outfield,” catcher Kayla Kaukala said.
“We have a couple positions that we’re still trying to figure out who is exactly going to play where. We’re going to move some people around and try some different things. I think that will be good for us. We’re going to have to move base runners. We won’t have as much power as last year. We’re going to have to play small ball a bit, move the base runners and score runs that way,” McGuire said.

Their first game will be Friday against Calumet in prime time at 9:30 p.m.

Lady Hematites are reloaded for another big year