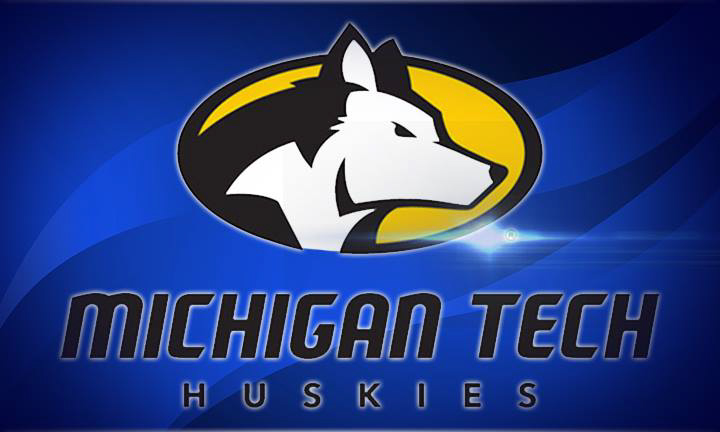 HOUGHTON, Mich. – Michigan Tech Head football coach Steve Olson is pleased to announce that 23 student-athletes have signed National Letters of Intent and will join the Huskies for the 2017 season.

Michigan Tech’s incoming class includes nine defensive players, 11 players on offense, a punter, and two listed as athletes. Seven of the players in this year’s class reside in the Upper Peninsula and 20 hail from the state of Michigan.

“First off I’d like to thank our staff for their hard work throughout the season,” Coach Olson said. “In addition to the staff, I’d like to thank Dr. Steve Patchin for coming to all of our recruiting weekend events, as well as the advisors and faculty members that came to visit with the prospective student athletes and their parents. Michigan Tech has a strong reputation academically, but the people here really help students to understand how special MTU is.”

Michigan Tech wrapped up the 2016 season 4-6, but had huge wins over Ashland and another Miner’s Cup victory in overtime at Northern Michigan. The Huskies having been conditioning and lifting weights since returning from semester break. Tech will begin spring practices in late March, with the annual spring game coming up in April.

Below is a list of the 23 student-athletes who have signed NLI’s at Tech and will play football this fall.

Played high school football at Manistee H.S. where he earned multiple awards for his performance on the field…2016 All-Conference QB/DB…All-State Honorable Mention QB…First Team All-Area QB…2016 stats include 90 tackles, three interceptions, and four forced fumbles…Allen is projected to play defensive back for the Huskies…Plans to major in Exercise Science at Michigan Tech.

Prepped at South Lyon High School where he garnered multiple awards for his work on the field and in the classroom…All-State Honorable Mention…Team Defensive Back of the Year…76 tackles with 52 being solo, including three sacks…Scholar Athlete… Plans on majoring in Biomedical Engineering.

Played high school football at Munising H.S… MEC All-Conference RB/LB, Defensive Back of the Year (MEC), First Team All-UP Linebacker (Small School) …Team Captain as a junior and senior and was the Team MVP as a senior…153 career tackles with 67 solo stops…two forced fumbles and one interception…2016 Offensive Stats… 92 carries for 630 yards…13 receptions for 117 yards…National Honor Society…Plans on majoring in Mechanical Engineering.

Played high school football at De La Salle Collegiate H.S. where he was a three-year varsity player…Named All-Catholic and All-State in track…On the Leadership Council, National Honor Society, and Principles List…Plans on majoring in Business at Michigan Tech.

Played locally at Lake Linden Hubble High School where excelled on the field garnering multiple honors…in 2016 he was named All-Mid-Eastern Conference Running Back and Defensive Back, MEC Offensive Player of the Year, All-UP Offensive Player of the Year, All-UP Running Back, and All-State Honorable Mention…Guided his team to the 2016 Mid-Eastern Conference Championship…Career stats include: 2.343 rushing yards with 33 TD’s, 698 receiving yards with 10 TD’s, 662 kick return yards with two touchdowns, and 259 pint return yards with one touchdown…On defense, he registered 198 total tackles with 62 solo stops…Major is undecided.

Played locally in the UP at Crystal Falls High School, earning multiple awards for his work on the field and in the classroom…4-Time All-Conference selection…3-Time All-UP…All-State…Conference and UP CO-MVP…Team honors include Defensive and Offensive Player of the Year, MVP, Most Improved…Honor Roll student…Plans to major in Forestry at Michigan Tech.

Prepped at Saginaw Heritage High School where he was a three sport varsity athlete…Named First Team All-Conference as a Senior…Saginaw News 2nd Team Dream Team…Recorded 14.5 tackles with 11 solo stops, including one sack and 2.5 tackles for a loss…Plans to major in Exercise Science at Michigan Tech.

Played high school football at Marquette University H.S. where he helped lead his team to a conference championship…Named First Team All-Conference as a Tight End, but is projected to play wide receiver at Tech…In 2016, caught 45 passes for 624 yards and four touchdowns…Honor Roll student…Plans to major in Engineering at Tech.

Played football in the UP at Newberry High School where he had a prolific career on both the offensive and defensive sides of the ball…As a quarterback, he threw for 1,662 yards, ran for 952 yards, and scored 34 touchdowns…He is projected to play linebacker at Tech and during his high school career he registered 153 tackles, with three interceptions and two forced fumbles…3-Time All-Conference linebacker and quarterback…Detroit Free Press All-State…Region Player of the Year…Region Defensive Player of the Year…Region Dream Team at linebacker…3-year Team Captain…National Honor Society…Plans to major in Civil Engineering at Michigan Tech.

Played high school football at Madison La Follette H.S. where he helped lead the team to four straight playoff appearances for the first time in school history…Named First Team All-Region, Running Back of the Year in the Big Eight Conference, First Team All-Conference, and Back of the Year in the city of Madison…As a linebacker he was selected for Honorable Mention All-State, First Team All-Region, First Team All-Conference…Career stats include 1,238 yards with 18 touchdowns, 82 total tackles, nine tackles for a loss, six sacks, three forced fumbles, and one interception…Honor Roll student…Plans to major in Civil Engineering at Michigan Tech.

Prepped at Romeo High School where he was a three-year varsity player…Named All-East Second Team…Selected to the All-Academic Team…Plans to major in Electrical Engineering.

Prepped at Rochester Adams High School where he was a standout quarterback and student…He was a 3-Time All-OAA selection and was the team Offensive MVP three times as well…Wood is a dual threat quarterback who threw for 1,407 yards and 11 touchdowns last season while rushing for 804 yards and 11 touchdowns…Honor Roll student…Plans to major in Mechanical Engineering at Michigan Tech.

Ishpeming to face Gladiators at the Dome