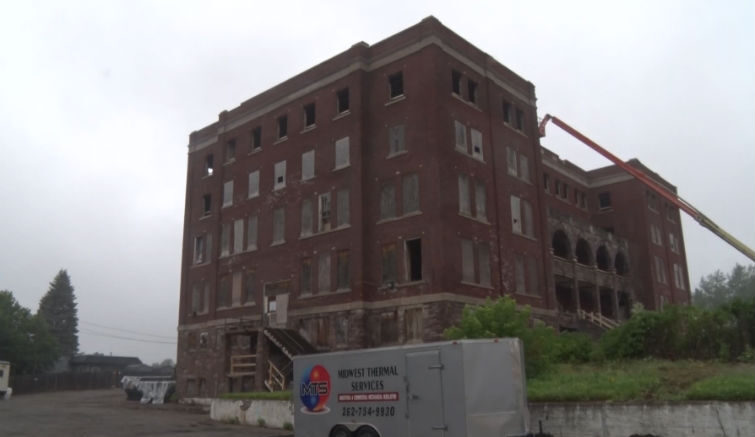 MARQUETTE — If you’ve driven by the old orphanage recently, you may have noticed there are more lights on than usual. This is good news for the people involved in the project-it means the end date is closer than ever.

The soon-to-be Grandview Marquette has hit the 90 percent completion mark according to Executive Director of Community Action Alger-Marquette, Amy Lerlie. Lerlie updated the Marquette City Commission at Monday night’s meeting on the projects progress, which is on time and on budget.

The 90,000 square-foot facility, which was once the site of the Holy Family Orphanage, is being renovated into 56 affordable apartment units with striated rental rates. Council members were full of questions and positive responses about the project.

“There’s a lot of people in the community that never really stopped believing that we can save this building,” said Commissioner Sara Cambensy. “I have to say, when I first elected to the city commission, we came close to taking this building down. And now there’s one or two books being published or written about this.”

“A vast number of people are very excited about this project,” said Mayor Pro Tem, Tom Baldini. “It’s been something that’s stood there and has its own great history. Everybody wondered what we were going to do with it and this is very, very exciting.”

Construction crews will continue working on interior and exterior remodeling with intentions of starting grounds work in the spring. Lerlie said they have already received numerous calls from interested parties and anticipate that occupancy will start early this fall.