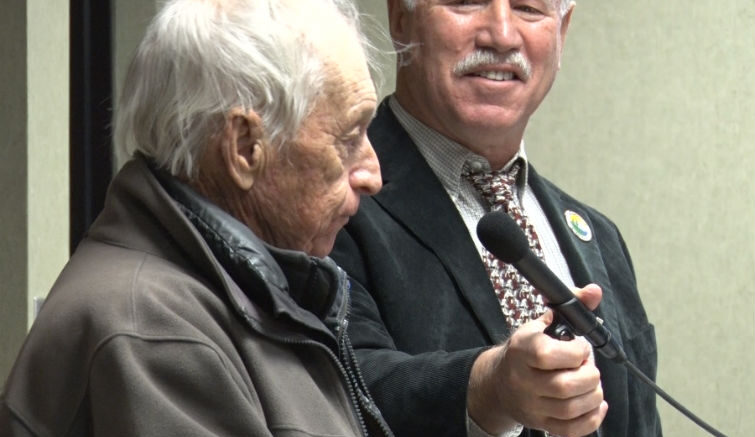 MARQUETTE — Chances are you’ve seen Marquette native Phil Nemisto sauntering down the streets of downtown Marquette, cleaning windows, tending to flower beds and engaging the locals with one of his many stories. And now he’s being honored for his many years of hard work for the community.

The Marquette City Council unanimously approved to rename the pocket park on the 100 block of Washington Street in Phil’s honor at their meeting Monday night. Mona Lang of the Downtown Development Authority pitched the idea to the council because she thought it would pay a nice tribute to the many years of hard work Phil has dedicated to its upkeep.

“Phil has always been around to prepare the garden downtown, to plant it, to take care of it, keep it up, make sure everything is looking good there,” said Marquette City Mayor, Dave Campana. “He’s been doing this for so long, at his own expense, on his own time. It just pretty’s up the city for everybody. It’s a testament to what he’s done and what other people will hopefully do.”

Phil received a plaque commemorating the grassy area as the ‘Phil Nemisto Pocket Park’ at the meeting. He said even if he hadn’t received this honor, he would still continue tending to the garden.