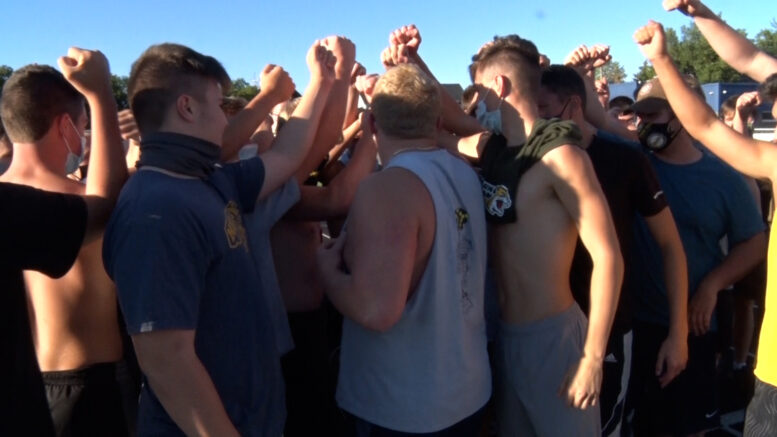 NEGAUNEE — Before high school football was reinstated, the Negaunee Miners were adjusting to life with football being in the spring.

“We tried to curve our emotions as soon as possible and not be upset, but turn that negative energy into positive, “said Paul Jacobson, Athletic Director and Head Football Coach for Negaunee High School. “Knowing that we will get some type of season this year whether it’s in the spring or whenever it is and look forward to that.”

No matter when the football season was going to be played, it was the players’ love for the game that kept them going.

“There’s not many people that are down about it,” said Preston Toutant, senior Offensive Lineman for Negaunee. “We’re all excited to hit the weights for the next couple months and we all just love football and we want to get out there. If it’s in the spring, it’s in the spring.”

Neagunee hasn’t won the state championship since 2002. Despite possibly playing this upcoming season in a cold and snowy spring, the team’s championship mindset has not wavered one bit.

“We’re tough, we’re resilient. We play in cold weather in October and November. That’s always a goal coming to the year is we want to make it back down to Ford Field and have an opportunity to play for a state championship. That’s on the minds of every player I think when they first put that helmet on, whenever grade they start,” Jacobson said.

COVID–19 has taken away or paused thousands of student–athletes’ careers, but coach Jacobson believes you can’t blame anyone, just keep moving forward.

“We can’t sit there and blame or be mad or at any one person or any group or leadership. We just have to accept what’s been handed down and continue to be the best we can be and get ready for the season coming up.”